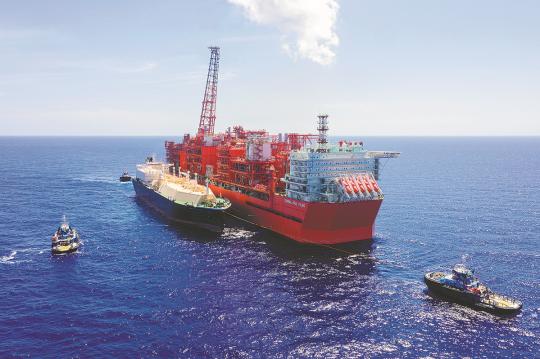 The export of the first cargo shipment of China National Petroleum Corp's liquefied natural gas project in Mozambique will not only increase diversification of energy supplies, but also support a just and sustainable energy transition, said an analyst.

Integrating the world's most cutting-edge deep-sea LNG technology, Coral South FLNG contains a floating production platform installed 80 kilometers offshore Mozambique in the southern part of Area 4 of the Rovuma Basin. It has a production capacity of 3.4 million tons of LNG per year from wells located in 2,000-meter deep water with a design life of 25 years, said the company.

Being Africa's largest and the world's second-largest FLNG project, Coral South FLNG is the pioneering part of Mozambique's Area 4 mega gas project, which is a joint venture bringing together Italy's ENI, ExxonMobil of the United States, CNPC, Mozambique's ENH, Galp from Portugal and South Korea's KOGAS.

An analyst said the first shipment of LNG from Mozambique is a new and significant step forward in CNPC's strategy to leverage gas as a source that can contribute in a significant way to China's energy security.

"The commissioning of Mozambique's Coral South project will provide much-needed LNG cargo as the northern hemisphere is heading into winter," said Li Ziyue, an analyst with BloombergNEF.

"It comes as welcome news when several LNG supply projects are not delivering as much LNG as expected."

The shipment also marks the beginning of Mozambique's emergence as a producer and exporter of LNG in the global market, said CNPC.

As an important outcome of China-Mozambique energy cooperation, the project will better drive local economic and social development, he said.

Coral South is a landmark project for the industry and firmly places Mozambique onto the global LNG stage. The project, sanctioned in 2017, has come onstream in just five years.

"During the 60-month construction period, we have overcome multiple challenges such as the COVID pandemic and the security situation at the project site, as well as technical difficulties, making the project the only FLNG project in the world to start production on schedule during the same period," said Zheng.