China has every right to reject WHO's embrace of lab-leak theory: U.S. journalist 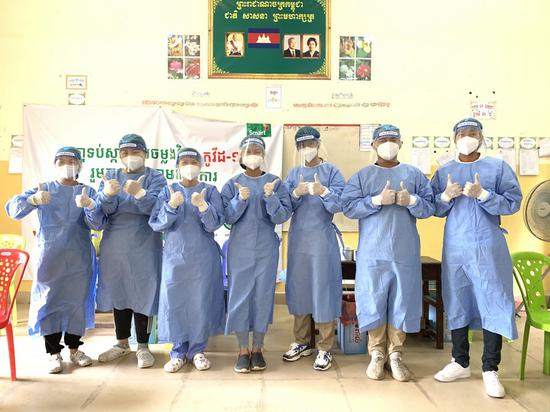 China has every right to be suspicious of the undue focus the West placed on the Wuhan Institute of Virology, a U.S. journalist has said, noting that biased investigations into and politization of COVID-19 origins would only lead to more questions than answers.

"The lab leak theory is a highly politicized framework for pursuing answers into the origins of COVID-19. That China would exercise caution in supporting an investigation that possesses far-from-impartial motives should come as no surprise," wrote Danny Haiphong, an independent U.S. journalist and researcher, in an opinion article published Friday in the China Global Television Network.

The article came after Vice Director of China's National Health Commission Zeng Yixin on Thursday rejected a second-phase plan proposed by the World Health Organization (WHO) with a focus on the lab-leak theory.

Zeng reiterated that WHO experts agreed after visiting the Wuhan institution that it was "extremely unlikely" that the virus escaped from a lab.

Haiphong noted that the lab-leak hypothesis emerged from far-right political forces in the United States last year, while the current administration still continued the narrative.

U.S. President Joe Biden ordered an intelligence investigation into COVID-19's possible origins in Wuhan, after the Wall Street Journal claimed workers at the Wuhan institute had fallen ill, he said.

Likewise, in 2002, Michael Gordon, a security correspondent with the Wall Street Journal, co-authored a report claiming that Saddam Hussein was harboring weapons of mass destruction in Iraq, which was influential in the U.S. decision to invade Iraq. The eight-year war only caused the death of nearly 1 million people and massive instability in the region, according to the writer.

"COVID-19 is an extremely complex phenomenon. It will likely take years for scientific experts to fully understand a virus that has facilitated such a historic public health crisis in every part of the world," he said.

Unlike Washington's and the West's claims that China is not being transparent in the rejection of a lab-leak probe, "China has been a model of transparency throughout the duration of the COVID-19 crisis. Health and government officials in China have worked tirelessly with the World Health Organization and countries around the world in the fight against COVID-19," he wrote.

"The U.S. and West, on the other hand, have latched onto a theory of the virus' origins which relies upon arguably the least transparent institutions in the world: their own intelligence agencies," Haiphong said.