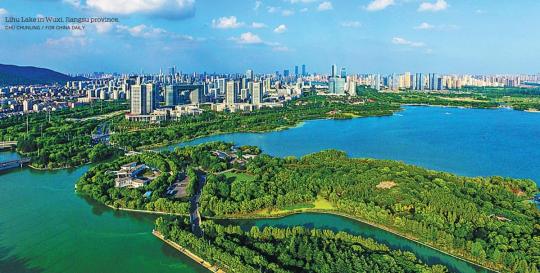 Wuxi, a city in East China's Jiangsu province, has long been a place that has attracted people to visit and spend a little downtime thanks to its impressive natural assets and man-made spectacles.

In 2018, a total number of 133.8 million visits were recorded at Wuxi's tourist attractions, an increase of 3.4 percent year-on-year, bringing in 19.43 billion yuan ($2.75 billion) in revenue, according to official statistics.

Lingshan Mountain Scenic Area is a permanent venue for the annual World Buddhist Forum and features one of the largest and most representative collections of Buddhist architecture and art in China. 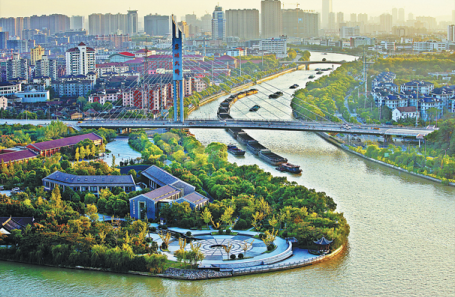 The urban residence with waters and trees in Wuxi. [Photo by Liu Hongxia/for China Daily]

The most eye-catching of them all is the Lingshan Grand Buddha, which stands 88 meters tall clad in more than 700 metric tons of bronze. The statue is one of the tallest in the world and took more than three years to complete.

After completing the 216-step climb to the Buddha's feet, many visitors would stroke his bronze toes to bring about feelings of peace and good luck.

Located beside the Grand Buddha is the majestic Brahma Palace, which blends Chinese Buddhist grotto art and traditional Buddhist architecture. The palace's marvelous design and the precious artworks it houses allow visitors to feel the true profoundness of Buddhism.

During Spring Festival, travelers from all over China and from overseas are drawn to Lingshan Mountain to pray for good luck and health.

Lying on the northwestern shores of Taihu Lake, Turtle Head Isle is endowed with splendid gifts of nature. Surrounded by lucid waters on three sides, the isle when looked at from above resembles the head of a giant turtle stretching out of the water. 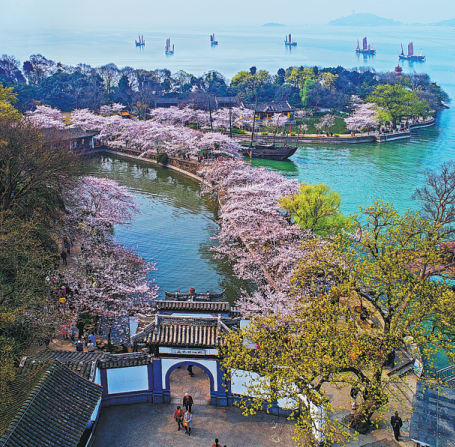 Sprouting out of the isle's rolling hills are more than 30,000 cherry trees, making it one of the top three destinations in the world for admirers of cherry blossoms.

Every March and April, the isle is transformed as the trees come into bloom with the delicate white and pink cherry blossoms cascading down the hills like a waterfall. The annual International Cherry Blossom Festival is held here during this time, attracting throngs of tourists.

CCTV's Wuxi Movie and TV Production Base was built in 1987 and is one of China's first parks that combine movies and television with tourism. Many famous Chinese costume dramas have been filmed in the park, including the well-known Romance of the Three Kingdoms. Sprawling across 100 hectares, the park features three major scenic areas: Three Kingdoms City, Tang City and Shuihu City.

Tang City duplicates the architecture of the Tang Dynasty (618-907) in stunning detail. Walking around the city, visitors can feel as if they have been transported back in time.

About 20 performances, including dance dramas and stunt shows, are staged in the park daily, focusing on classic Chinese stories. 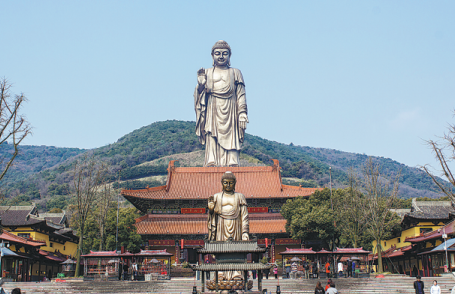 The Lingshan Grand Buddha at the Lingshan Mountain Scenic Area in Wuxi. [Provided to China Daily]