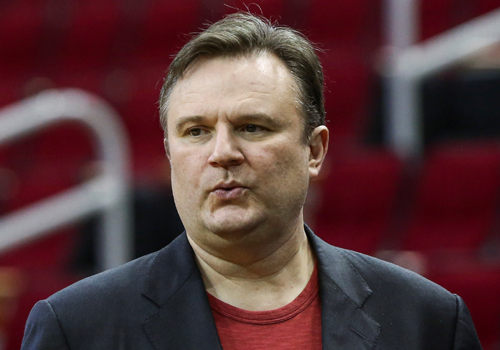 Houston Rockets general manager Daryl Morey looks on before a game between the Rockets and the San Antonio Spurs at Toyota Center. (File photo/Agencies)

Earlier on Sunday, CMG had already opposed improper remarks made by Houston Rockets general manager Daryl Morey on the current situation in Hong Kong and decided to suspend the live-streaming of their games, as well as cooperation and communication with the team.