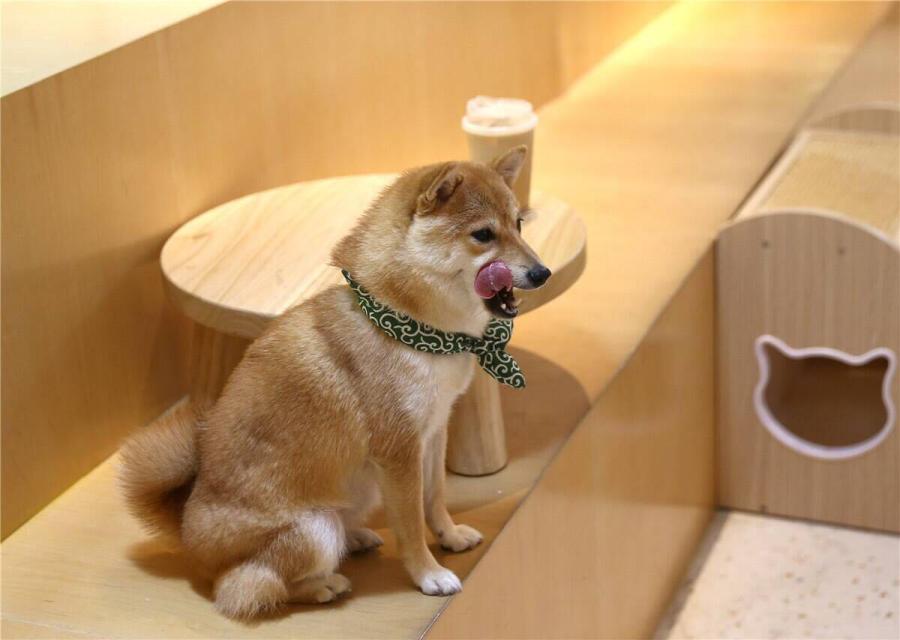 Situated in Beijing's Shichahai scenic area, CAVE looks no different from any other cafe in the city on the outside, but people stepping in for a cup of coffee will find it interesting inside－some customers are holding and caressing hedgehogs in their palms.

In recent years, an increasing number of animal themed cafes－with the majority being cat cafes－has gained huge popularity among China's city dwellers. With this rising trend, a bunch of eateries carving a niche of housing unique animals such as hedgehogs has sprung up.

In Beijing alone, there are several niche cafes or restaurants like CAVE. There is an izakaya, or a Japanese gastropub, that has three raccoons; a cafe where customers can take photos with about 30 huskies; and another cafe where people can have fun with a dozen Shiba Inus, a breed of Japanese hunting dogs.

CAVE, which is also the city's first hedgehog themed cafe, now has seven hedgehogs kept in cages that are kept in a room separated from the dining area. If customers want to play with the hedgehogs, they need to put on thick gloves and the waiters will bring them out and put them onto the customers' hands. 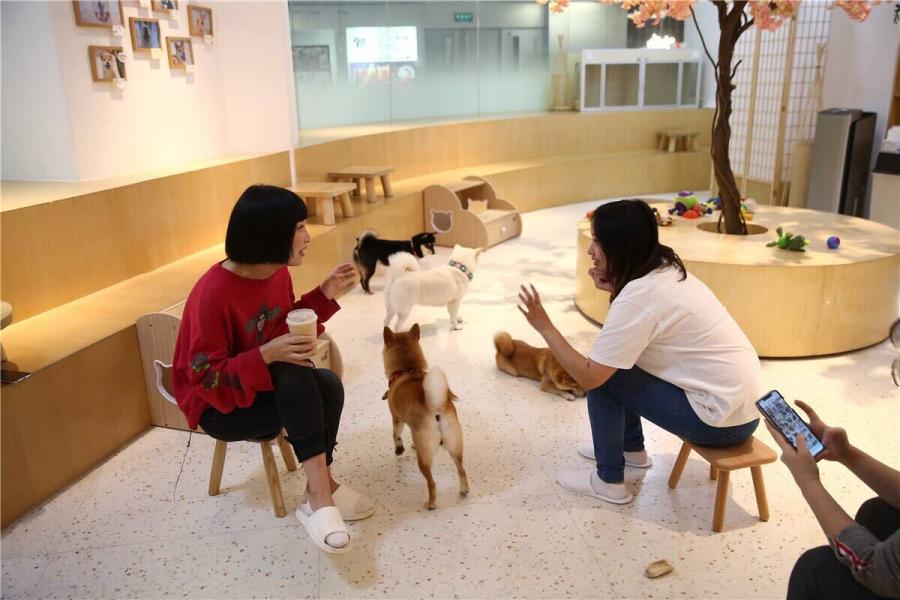 Zhao Songxue, owner of a Shiba Inu themed cafe Dahuang's Home in Beijing's Chaoyang district, tells customers how to get along with dogs. (China Daily/Zou Hong)

Some hedgehogs are very tame, but some might be a little afraid of a human touch and will curl into a ball with their spikes standing up. This is why cafe owners Han Xuefei and Jiang Zijun usually stand by and guide customers when they want to play with the domesticated hedgehogs.

"They are easily frightened so you have to be very patient," Han said. "You need to hold them very gently and avoid speaking loudly. Soon, they will become submissive and flatten their spikes, then there will be no problems touching them."

Han adopted her first hedgehog from a veterinarian in April and joined an online community for hedgehogs, from which she adopted more hedgehogs. She said it was not easy to keep them at home, so she decided to put them in her cafe where they could also be the cafe's unique feature.

The hedgehogs soon attracted many people, including children and tourists from other countries. "They were very curious. Many people said they had never seen a hedgehog at such close proximity before," Han said. "I saw them really enjoy playing with the hedgehogs, and some of them were saying to the hedgehogs 'come to mommy'." 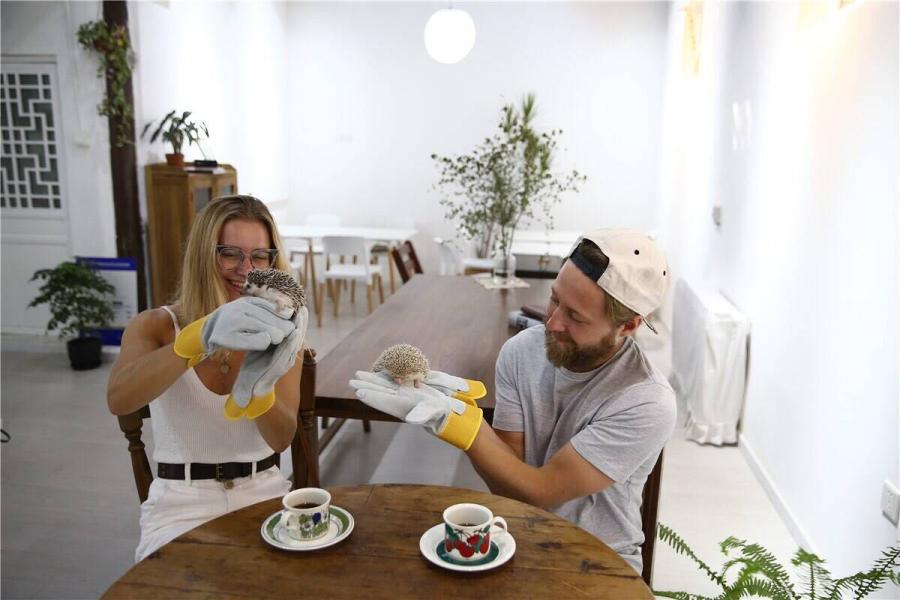 However, as hedgehogs need rest and cleanup of their droppings, Han and Jiang had set a time limit of 20 minutes with a 20 yuan ($2.82) charge to ensure the hedgehogs are not exposed to too much human contact.

"Having hedgehogs in the store is just a thing that makes us different from other cafes. We still focus on making good coffee, not as a pet place," Han said. This is why they keep all the hedgehogs in a separate staff-only room and only take one or two out upon customers' requests.

"I think hedgehogs are a very good idea. It's nice, very original and interesting," said Serhii Melnyk, a tourist from Poland who stopped by the cafe to grab an Americano and was attracted to the animal. He added that he had come across some wild hedgehogs in Poland, but he never had such a close encounter with the animal. 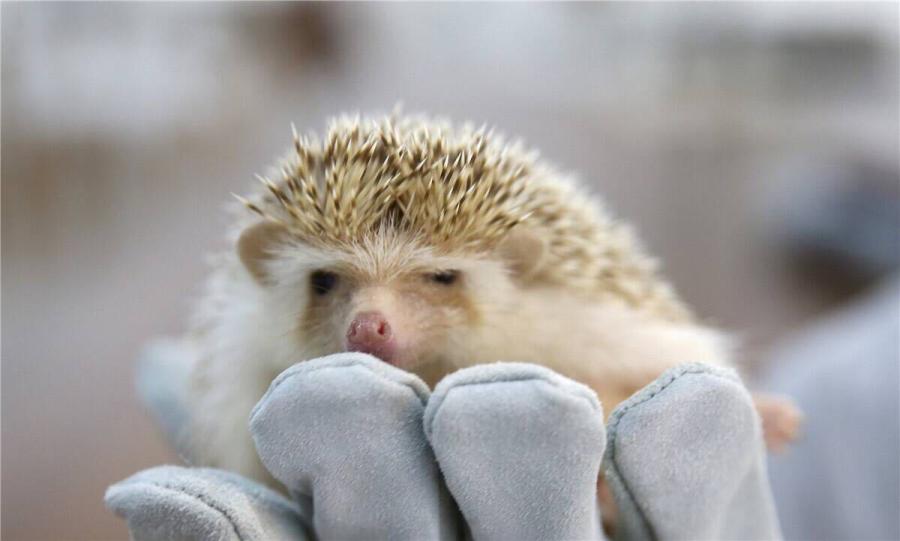 a hedgehog at CAVE, a animal themed cafe in Beijing. (China Daily/Zou Hong)

In fact, the trend of animal themed eateries only began in China very recently. Similar eateries in Japan have long been popular and feature even more exotic animals such as otters, owls, capybaras, ferrets and chinchillas. Although there are not many such cafes in China, customers seem no longer satisfied with cat cafes.

Dahuang's Home, a Shiba Inu themed cafe, is one of the most popular animal cafes in Beijing, with customers often having to make a reservation a day before so that they can spend 40 minutes with the dogs.

Zhao Songxue, the cafe's owner, said she thinks such cafes are popular because a lot of people, especially young adults, in big cities are under a lot of pressure from life and work these days and do not have time to look after pets, especially dogs which need to go outdoors often. 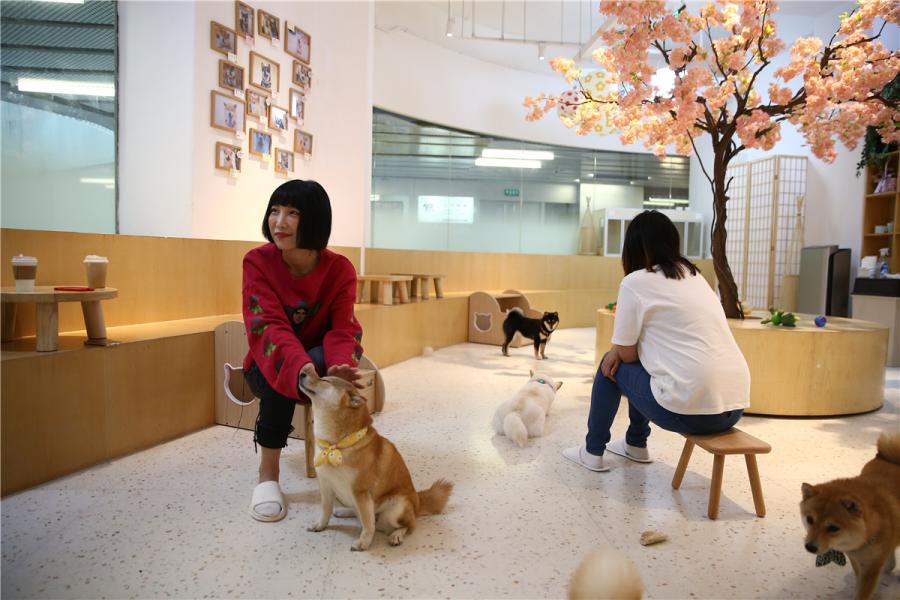 Zhao Songxue, owner of a Shiba Inu themed cafe Dahuang's Home in Beijing's Chaoyang district, tells customers how to get along with dogs. (China Daily/Zou Hong)

Zhao said it is more important that she educates her customers about pets, as some customers inexperienced with dogs would hold the dogs in some positions which they might feel discomfort.

She also wanted to use the Shiba Inu themed cafe as a platform to create a bigger brand that shares more information about animals with the public.

"This knowledge is really essential to China's society in the future. The pet market is booming, young adults are becoming more affluent and they will have a greater need to have pets to accompany them," Zhao said, adding that the information will not be limited to Shiba Inu or dogs, but will also cover all kinds of animals including birds and snakes.