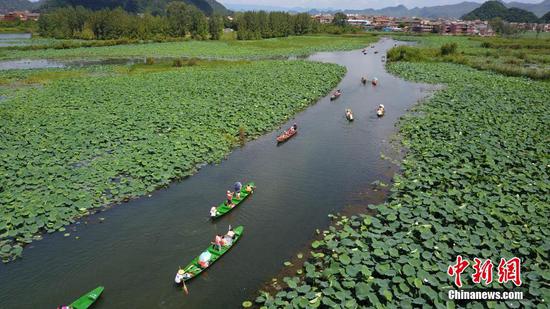 The first blockchain-based invoice for tourist attractions in southwest China's Yunnan Province was issued at an international blockchain forum Saturday.

Tourists can submit applications for the invoices through smart phones, which will be sent to their email inboxes within 48 hours. The blockchain technology will make it impossible to tamper with invoice information.

The blockchain-based invoice will save significant costs of printing traditional paper invoices for the tourist attractions in the province, according to the organizing committee of the forum.

The first "Digital Yunnan" Blockchain International Forum was held in Kunming, capital city of the province, which attracted over 1,000 guests from governments, research institutions and Internet companies from more than 10 countries and regions including the UK and France.