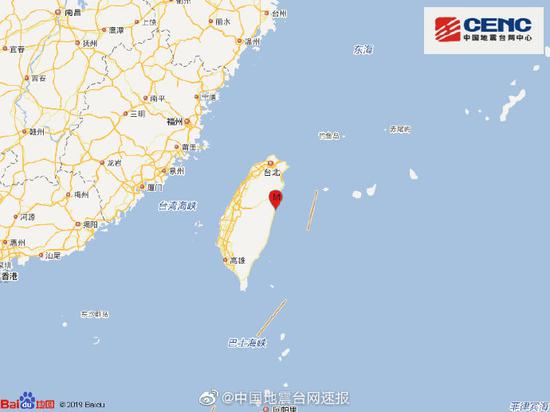 Tremors were felt in the eastern provinces of Fujian and Zhejiang on the Chinese mainland after a strong earthquake struck Hualien County of southeast China's island region Taiwan.

China Earthquake Networks Center (CENC) has revised its preliminary reading of the quake's magnitude from 6.1 to 6.7.

Train services have been suspended for at least 20 minutes to investigate whether the quake had caused any damage to China's high-speed railway system, according to the China Central Television (CCTV). (Updated at 13:14 BJT)

A 6.7 magnitude earthquake jolted Taiwan's Hualien County around 13:01 BJT on Thursday, according to the China Earthquake Networks Center.

The quake struck at a depth of 24 kilometers.

There were no immediate reports of damage or casualties. (Updated at 13:07 BJT)