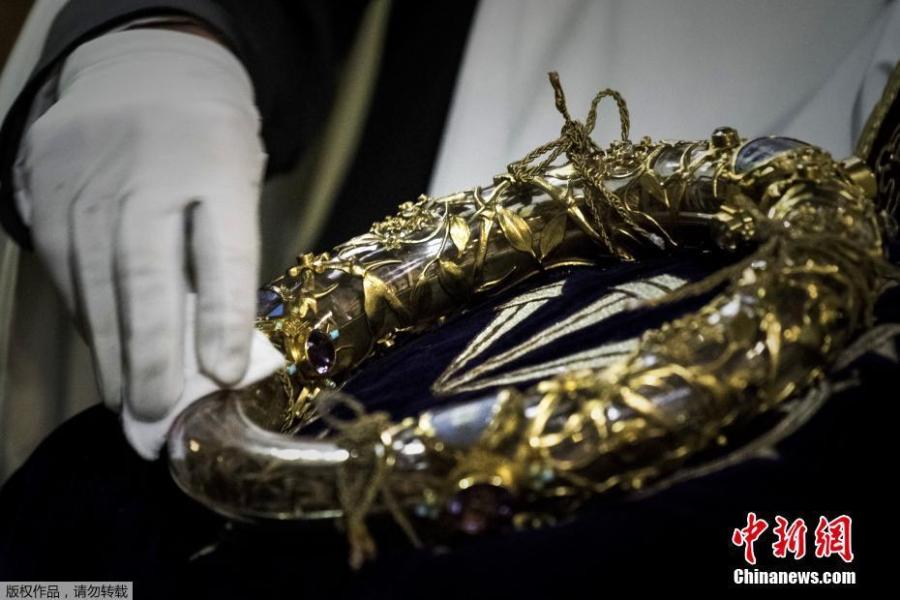 A priest wipes the Crown of Thorns at Notre Dame Cathedral in Paris, in April 2017. The relic, venerated by Catholics as once worn by Jesus Christ, was threatened by a devastating fire at the cathedral on April 15, 2019. (Photo/Agencies) 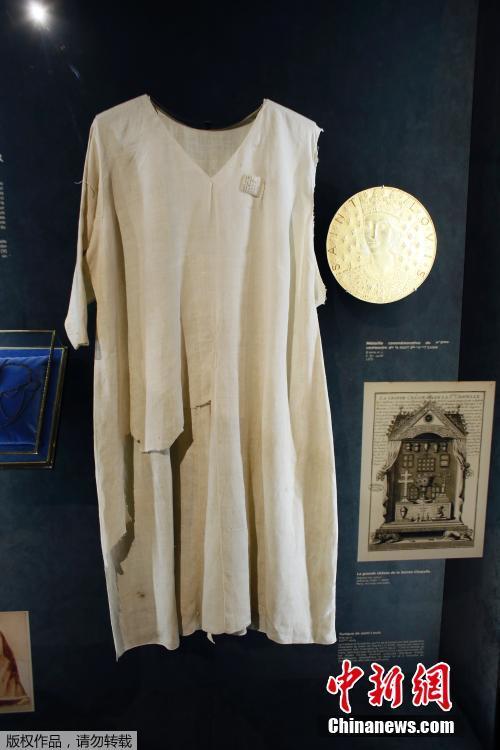 Photo shows the Saint Louis' tunic, a relic made of linen that belonged to King Louis IX, the king of France from 1226 until 1270. (Photo/Agencies) 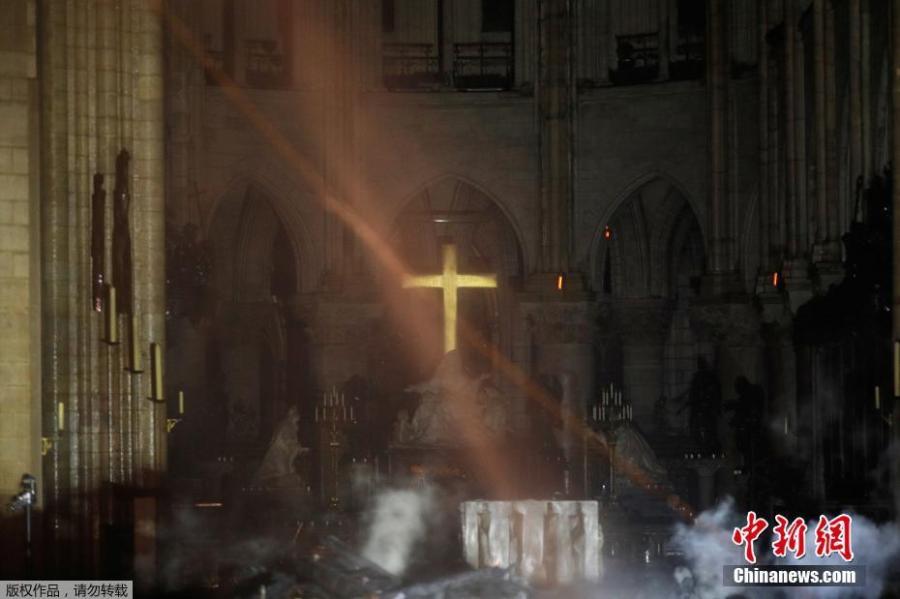 Photo shows the altar of Notre-Dame following the fire, April. 15, 2019. A catastrophic fire engulfed the upper reaches of Paris' (Photo/Agencies)