WHO to launch global strategy against next deadly flu pandemic 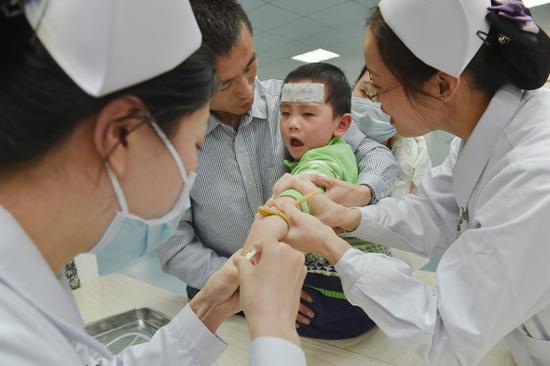 The World Health Organization (WHO) is rolling out a global influenza strategy to protect the world from the next flu pandemic, the organization said on Monday.

The next influenza pandemic "is a matter of when, not if," said the WHO, estimating that the biggest public health threat could potentially threaten the lives of millions of people because of the rapid spread of viruses.

"The threat of pandemic influenza is ever-present," Tedros Adhanom Ghebreyesus, the WHO's director-general, said in a statement.

The strategy aims to strengthen the surveillance systems and develop better global tools for the prevention and control of influenza.

Chief of influenza preparedness and response at WHO, Ann Moen said improved vaccines that have longer lasting immunity are needed, as well as antivirals and better treatment for the disease, according to VOA news.

An estimated 1 billion people are infected with flu every year, leading to between 290,000 and 650,000 deaths, according to a WHO health report.

The last flu pandemic across the globe was caused by the H1N1 virus, which spread around the world in 2009 and 2010. Studies found that at least one in five people worldwide were infected in 2009, and the death rate was 0.02 percent.