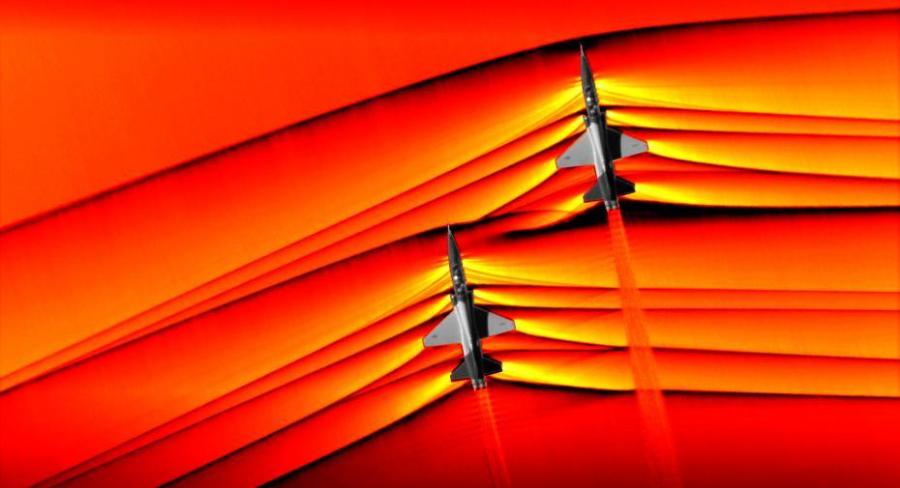 Using the schlieren photography technique, NASA was able to capture the first air-to-air images of the interaction of shockwaves from two supersonic aircraft flying in formation. These two U.S. Air Force Test Pilot School T-38 aircraft are flying in formation, approximately 30 feet apart, at supersonic speeds, or faster than the speed of sound, producing shockwaves that are typically heard on the ground as a sonic boom. The images, originally monochromatic and shown here as colorized composite images, were captured during a supersonic flight series flown, in part, to better understand how shocks interact with aircraft plumes, as well as with each other. (Photo/NASA) 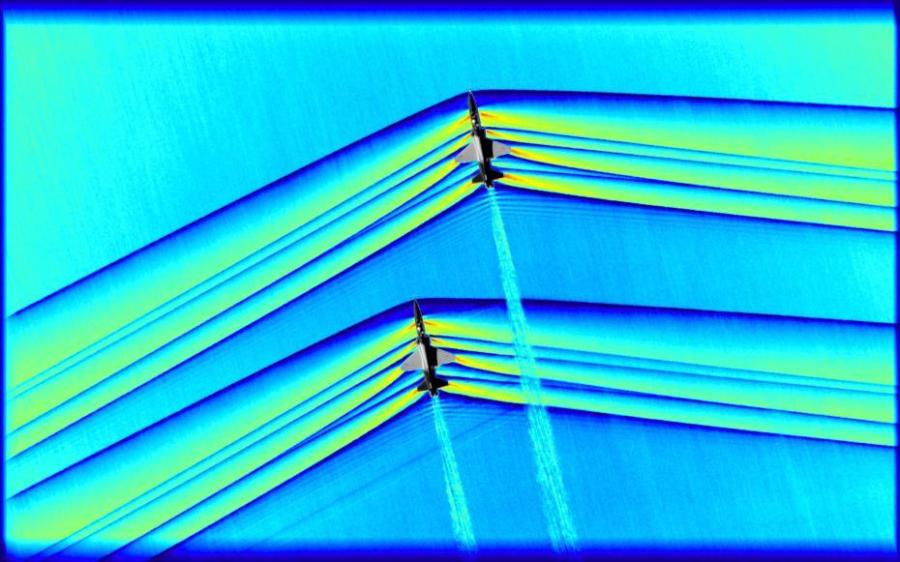 One of the greatest challenges of the flight series was timing. In order to acquire this image, originally monochromatic and shown here as a colorized composite image, NASA flew a B-200, outfitted with an updated imaging system, at around 30,000 feet while the pair of T-38s were required to not only remain in formation, but to fly at supersonic speeds at the precise moment they were directly beneath the B-200. The images were captured as a result of all three aircraft being in the exact right place at the exact right time designated by NASA’s operations team. (Photo/NASA) 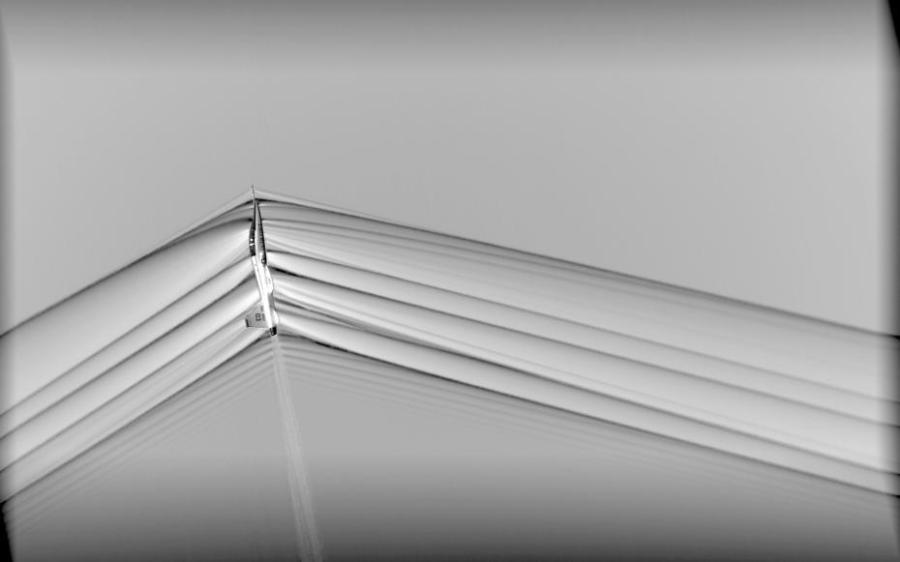 When aircraft fly faster than the speed of sound, shockwaves travel away from the vehicle, and are heard on the ground as a sonic boom. NASA researchers use this imagery to study these shockwaves as part of the effort to make sonic booms quieter, which may open the future to possible supersonic flight over land. The updated camera system used in the AirBOS flight series enabled the supersonic T-38 to be photographed from much closer, approximately 2,000 feet away, resulting in a much clearer image compared to previous flight series. (Photo/NASA)