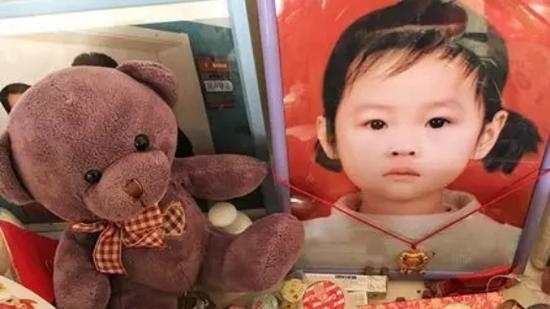 A Chinese herbal medicine manufacturer has come under fire after an article published on one of China's leading healthcare online platforms alleged that the company's healthcare products and medical service had led to death and suffering on Tuesday.

The medical portal Dingxiang Doctor had linked the death of a four-year-old girl to Tianjin-based healthcare company Quanjian Group, claiming the girl, who was diagnosed with cancer in 2012, took a turn for the worse after her father turned to Quanjian's products, seeking alternatives to hospital treatment.

The company, who had reached out to the girl's father Zhou Erli after seeing his appeal for a better treatment plan on television, has denied any wrongdoing in a statement issued on Wednesday. It also demanded an apology from Dingxiang Doctor, asserting the report has engaged in defamation.

In response, Dingxiang Doctor tweeted that their article is based on sufficient evidence, and the portal would never withdraw it. “We are responsible for every single word and even welcome a lawsuit from Quanjian.”

Dingxiang Doctor's “in-depth” report in some followers' eyes cites a dozen court judgments and previous media reports, trying to restore the stories of the dead girl and victims who bought the company's “high-tech” shoe-pads, sanitary napkins and “fire- therapy” services.

According to the report, when his then 4-year-old daughter had undergone four operations and suffered tremendous pain from repeated chemotherapy, Zhou chose to believe in Quanjian's herbal products and discharged his daughter from hospital.

However, three months later, the father discovered that the products didn't stop the cancer's spread. In March 2013, the girl was sent back to the hospital to restart treatment.

Just at that time, the regretful father was surprised to find ads online that falsely claimed his daughter had already been cured thanks to Quanjian's products.

Months before the death of his daughter on December, Zhou filed a lawsuit against the company in early 2015.

The local court in Chifeng, Inner Mongolia Autonomous Region, dismissed his claim that Quanjian had misled the family over the potency of its anti-cancer treatment and unauthorized release of false information about his daughter.

Zhou's case with Quanjian reignited nationwide concerns over the efficacy of domestic healthcare products and common misleading advertisements from manufacturers in the country.

According to the Beijing Youth Daily, Tianjin's Administration for Market Regulation has launched an investigation into the incident, verifying the details of the report.

Zhou, a farmer himself, told Shanghai-based news portal The Paper he would make a second attempt at suing the company.