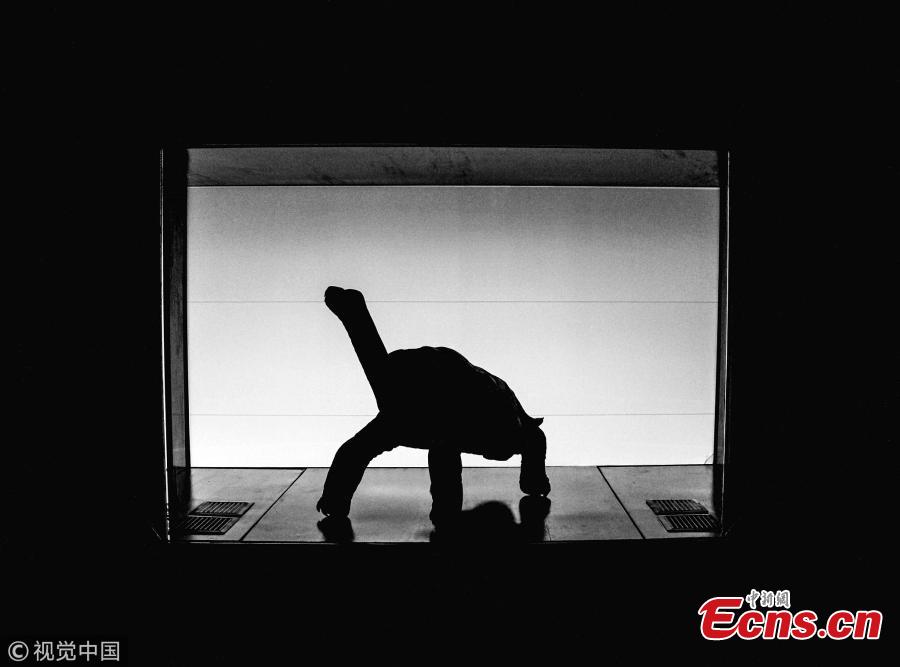 This photograph of Galapagos tortoise Lonesome George earned 17-year-old Lucy Hutton from Hexham the top prize in the RSPCA Young Photographer Awards. The awards, open to youngsters aged up to 18, were blind-judged by a panel of experts led by BBC Springwatch presenter and RSPCA Vice President Chris Packham. (Photo/VCG) 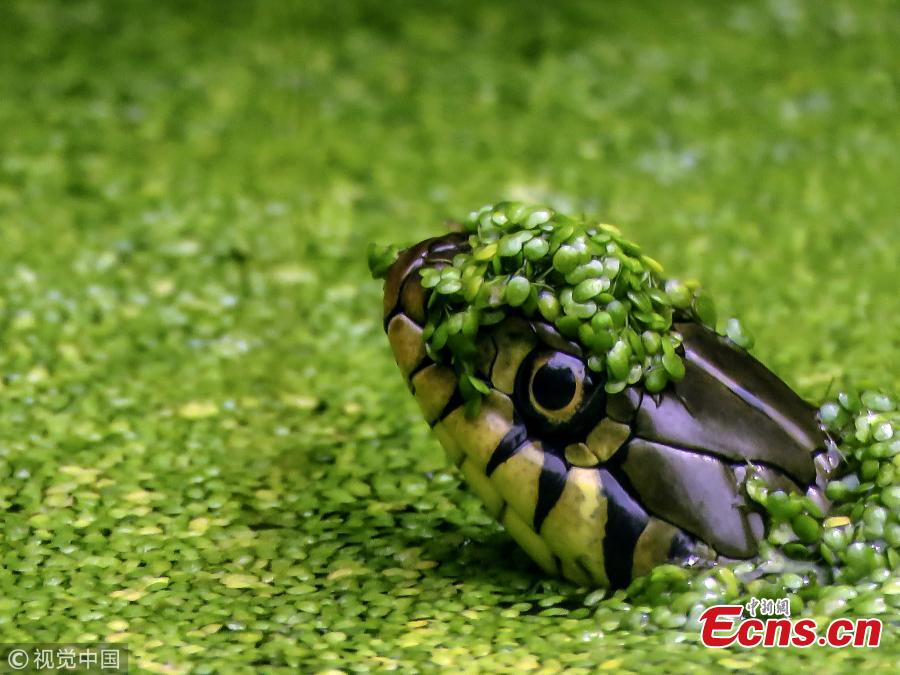 A winning entry from Freddy Jones in the 12-15 age category which shows a snake popping its head above the water in a moss-covered pond. (Photo/VCG) 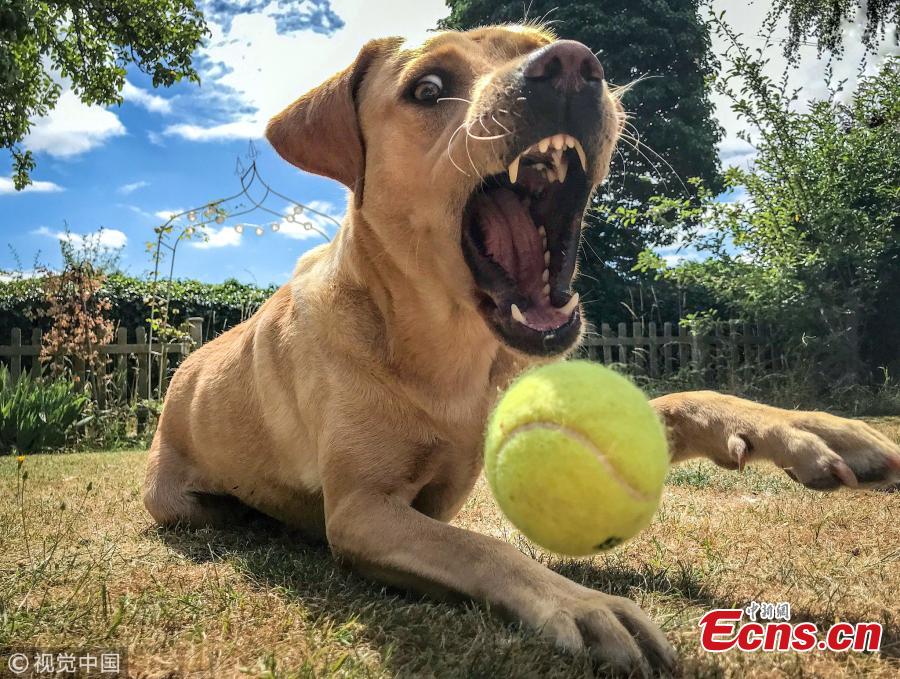 A more dynamic photo of a dog was captured by Kizzy Porter for the 16-18 years category which showed a canine's attempt to catch a ball. (Photo/VCG) 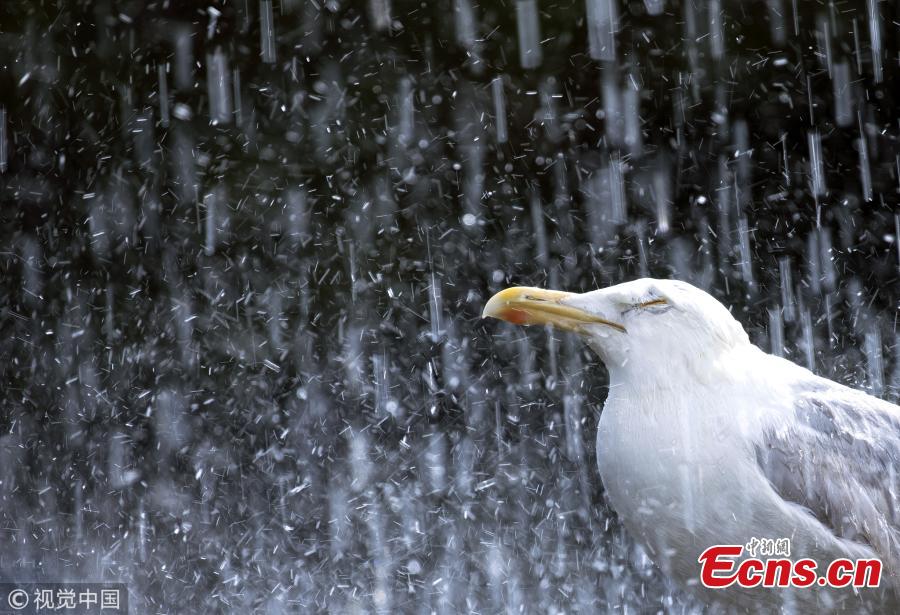 Photo taken by Gideon Knight shows a common seagull shuts its eyes tight and winds in its neck as it is pelted with rain in a torrential downpour earlier this year. (Photo/VCG) 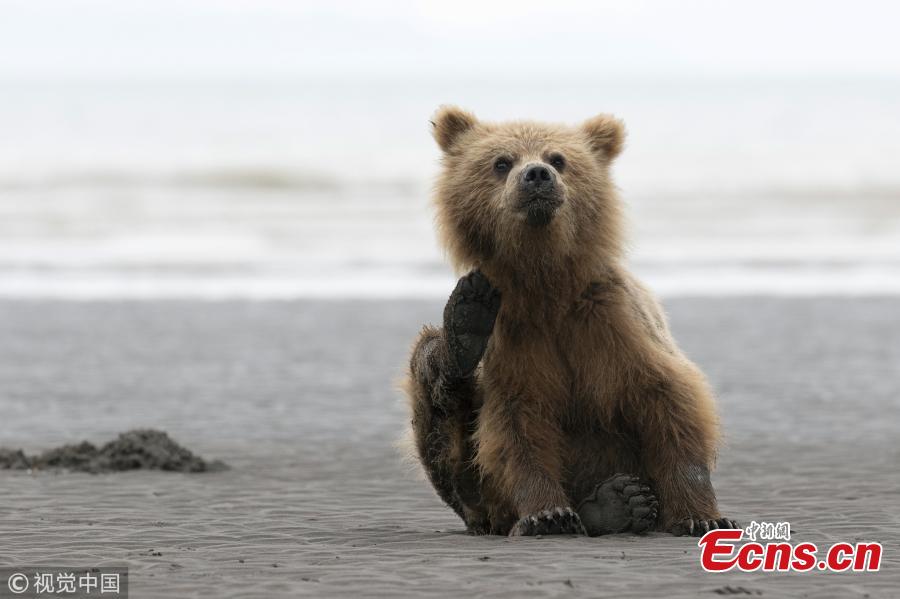 A young brown bear frantically scratching itself to get rid of an itch on a deserted beach, by 15-year-old amateur photographer Will Jenkins. (Photo/VCG) 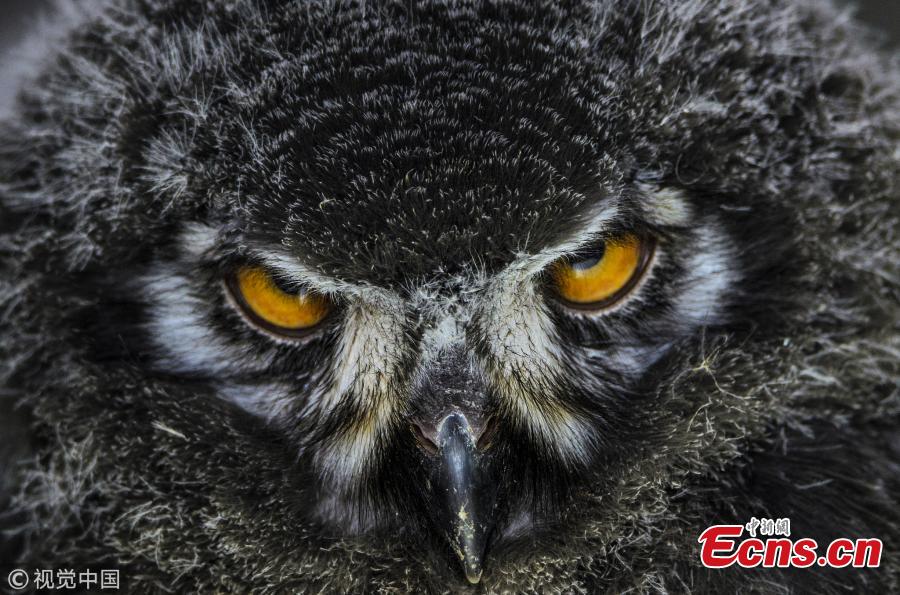 This striking image of a barn owl staring ominously towards the camera position, taken by Joshua Myers, was the runner up in the 12-15 age category. (Photo/VCG)