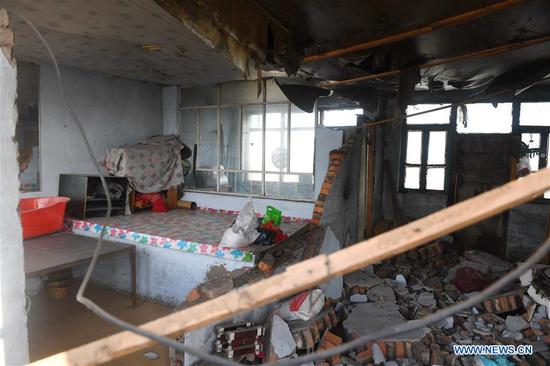 No casualties have been reported so far after a 5.7-magnitude earthquake hit Ningjiang District, Songyuan City of northeast China's Jilin Province at 1:50 a.m. Monday Beijing time, according to local authorities.

However, residents in Songyuan City said they felt strong tremors and many people rushed out to the streets after the earthquake happened.

An emergency response mechanism has been launched, according to the local publicity department.

Power supply remained normal while mobile communication has been affected to some extent.

The epicenter of the quake was monitored at 45.27 degrees north latitude and 124.71 degrees east longitude.

The quake struck at a depth of about 13 km.