Is there a tech Cold War over AI between China and U.S.? 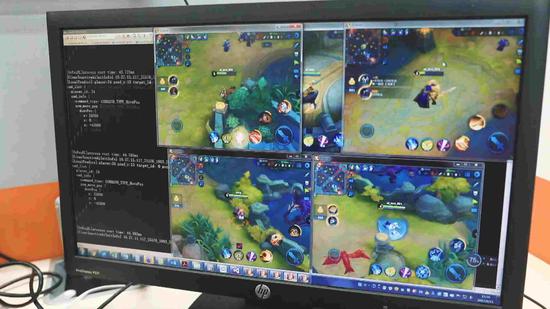 On June 5, Apple launched a new iPhone function called Memoji, which allows users to make a custom emoji that looks just like themselves.

The technology, which is based on artificial intelligence (AI), is able to recognize the facial expressions captured on camera.

In fact, from smartphones and healthcare services to transportation systems and gaming, AI has already penetrated every aspect of our lives.

When it comes to the importance of AI, Russian President Vladimir Putin once said that "Whoever becomes the leader in this sphere will become the ruler of the world."

If you ever try to google keywords like "AI", "U.S. and China", headlines like "China and the U.S. are bracing for an AI showdown", "China aims to steal U.S. A.I. crown", "The AI arms race: China and U.S. compete to dominate big data", will pop up.

It seems like there is a tech Cold War underway between China and the U.S., at least from a media prism.

Witnessing AI development, Tim Bajarin, a Silicon Valley analyst who has been following the tech industry over the past 37 years said, "I actually think it’ll be a two-horse race. I don’t think it’ll be a one-win or another. I think both of them, both of the countries will play leadership roles."

Tencent, one of China’s tech giants and a major AI player, is training artificial intelligence programs to play King of Glory, China’s most popular mobile game with 70 million daily users. This gives the company a huge advantage in AI development.

Forrest Yao, vice president of Tencent told CGTN that the bigger population, the bigger the data generated. In AI applications, "China is not weaker than the U.S., and is maybe even better," he noted.

Hua Xiansheng, vice president of Alibaba said, "China is moving very fast in developing various AI applications. In China, people are very open-minded toward AI and are willing to try new things. This is a very good attitude. So I think that’s why the AI industry is so vibrant in China."

In the meantime, there is a growing concern in the U.S. that China’s progress in AI could pose a threat to America’s decades-long supremacy in technology.

This fear has been expressed in the Trump administration's rising trade conflicts with China over intellectual property and in visa restrictions that have targeted Chinese students studying cutting-edge technologies in the U.S..

Some have called AI development in both countries a new kind of arms race.

But Tim Bajarin, president of Creative Strategies, argued that though China’s achievement in AI should be recognized, it should not be exaggerated.

"I agree that data is important, but the power to manage and create the data is equally important. So, for example, the most powerful semiconductors that are designed for AI are still fundamentally produced here by Nvidia, IBM, and Intel."

According to Forrest Yao, the U.S. is still leading ahead of China in terms of the talent structure in basic research.

The AI talent training system in the U.S. has a long history and has lots of subdivisions like mathematics, statistics, machine learning, data mining and robotics.

"But in China, we only started the training system several years ago."

Although Chinese President Xi Jinping has made AI one of the central pillars of the "Made in China 2025" plan, experts say AI development in China is still driven by private companies and universities rather than by government departments.