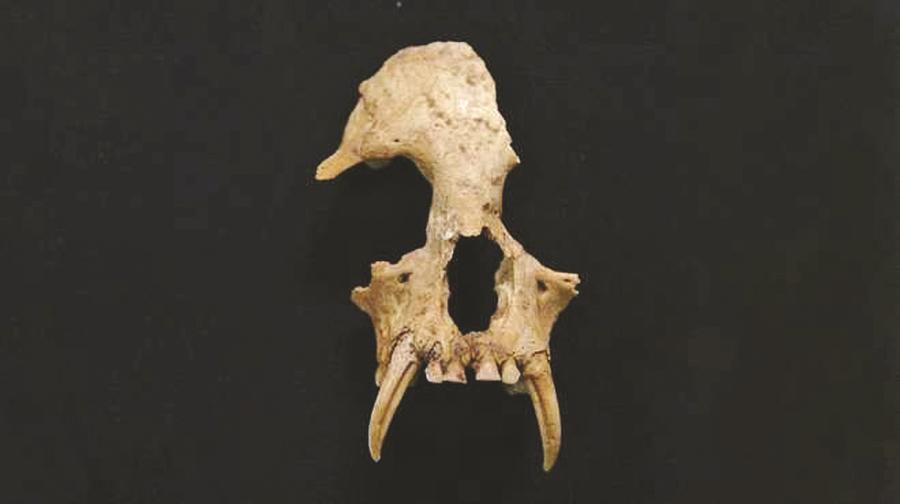 A new species of extinct gibbon discovered by an international team of researchers among the contents of a 2,300-year-old tomb in China could provide some of the earliest evidence of the human-driven extinction of an ape species.

The team, led by Zoological Society of London scientists and other researchers from Arizona State University and Shaanxi Provincial Institute of Archaeology, analyzed a skull fragment excavated more than a decade ago from what is believed to be the burial chamber of Lady Xia ? grandmother of China's first emperor, Qin Shihuang. Qin lived from 259 to 210 BC and was buried near Xi'an with his famous terracotta army.

Computer modeling of the bone fragment revealed it belonged to a completely new genus and species of gibbon, named Junzi imperialis. Junzi is a Chinese word for scholar-officials, who were often associated with gibbons as they were considered more noble than mischievous monkeys. At the time, gibbons were kept as pets by people of high social status. 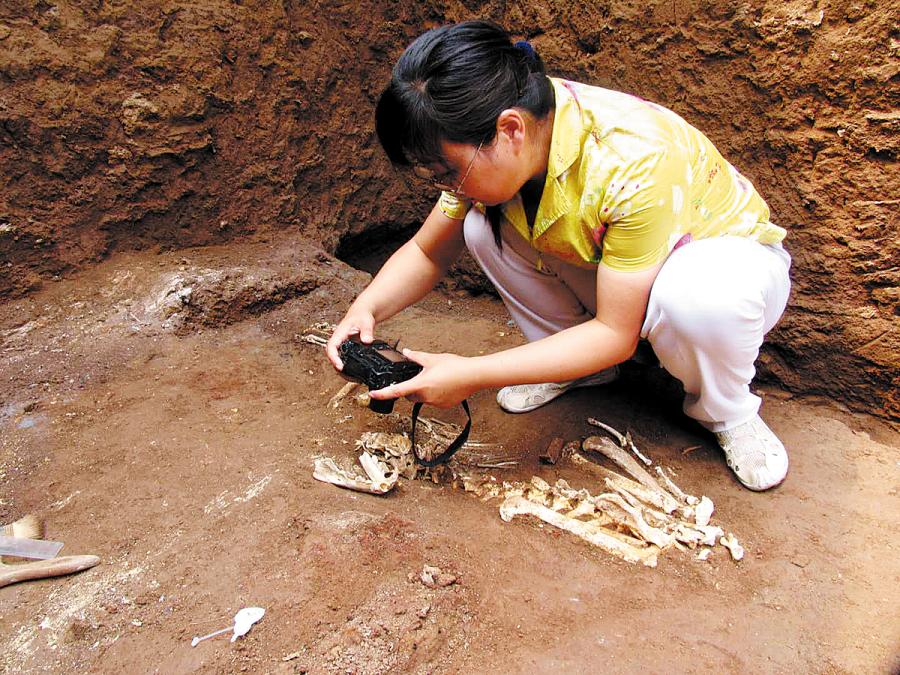 Zooarchaeologist Hu Songmei photographs a skeleton at a tomb in Xi'an, Shaanxi province, where she and colleagues found the bones of an extinct gibbon. (Photo provided to CHINA DAILY)

Gibbons belong to a family of primates known as lesser apes. There are more than a dozen living gibbon species, all native to Asia. The apes have played an important role in Chinese culture for thousands of years and are present in ancient literature and art.

Despite their likely venerated status, researchers believe Junzi imperialis's extinction could have been human-driven. If so, the skull fragment provides some of the earliest evidence of the extinction of an ape species due to historic hunting and capture or habitat loss.

Samuel Turvey, lead author on the study that was published in the journal Science, said the discovery suggests that human impact on primate diversity has been underestimated.

“Until the discovery and description of Junzi imperialis, it was thought that apes and most other primates have been relatively resilient to past human pressures on biodiversity, and that the worrying global decline of apes was a modern-day phenomenon,” Turvey told China Daily.

Turvey said that with central China being the historical center of Chinese civilization, it has supported extremely high human population densities for millennia.

“Junzi's extinction was almost certainly caused by humans,” he added. “Primate remains are only rarely preserved in the archaeological record or recent fossil record across much of the tropics, and so we're now realizing that there may also have been numerous past human-caused extinctions of apes and other primates before the recent historical era.”

Two species of gibbon recently disappeared in China, and all surviving Chinese species are currently classified as critically endangered. The Hainan gibbon, found only in southern China, is now probably the world’s rarest mammal, with just 26 surviving.