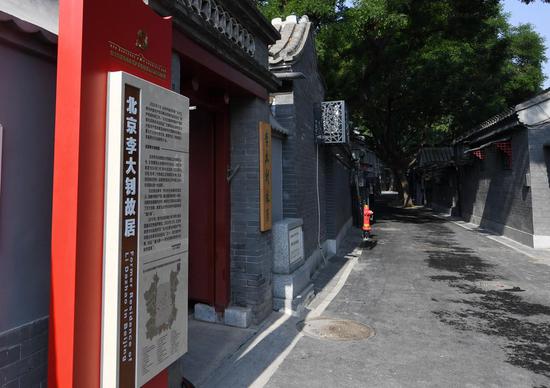 Exhibitions and celebrations are well underway in Beijing and Shanghai as the Communist Party of China (CPC) is set to embrace its centenary on July 1.

An exhibition on the history of the CPC opened on Friday in Beijing, showing how the CPC has united and led the Chinese people in blazing great paths and making massive achievements over the past 100 years, as well as the fine spirit and precious experience drawn from within.

A number of early revolutionary CPC sites, including the former residence of Li Dazhao, a pioneer of the CPC, and the first chamber collecting Marxist works, opened to the public in Beijing on June 1.

Prof. Huang Daoxuan of Peking University (PKU) said that universities, limited in number over 100 years ago and mainly located in Beijing, made the city the center of the New Culture Movement and the May Fourth Movement, both of which greatly contributed to the early spread of Marxism in China and the founding of the CPC.

Xiong Yuezhi, a scholar studying Shanghai's history, said that in the 1920s, Shanghai had many favorable conditions such as an expanding working class, a major publishing center, and convenient transportation and communication systems. Through the unremitting efforts of the Chinese Marxists, the CPC came to the stage in Shanghai.

A century has passed. A party that began with some 50 members now has over 91 million.

Through concentrated renovations and decoration, the presence of "red marks" is increasing in both Beijing and Shanghai, reminding people of the past sacrifices and glory of a party that is leading the Chinese people on the great path of national revival.

"Only under the CPC's leadership can our country have such great development. We must unswervingly follow the Party," said Zhou Liru, a tourist from east China's Shandong Province, while visiting an exhibition on the 100-year journey of the CPC at the National Museum of China.

CITIES OF THE FUTURE

The development of air routes, high-speed railways and expressways between Beijing and Shanghai has also stood witness to China's fast development. A four-and-a-half-hour journey from Beijing to Shanghai, about 1,300 km apart, by high-speed train was unimaginable a century ago. 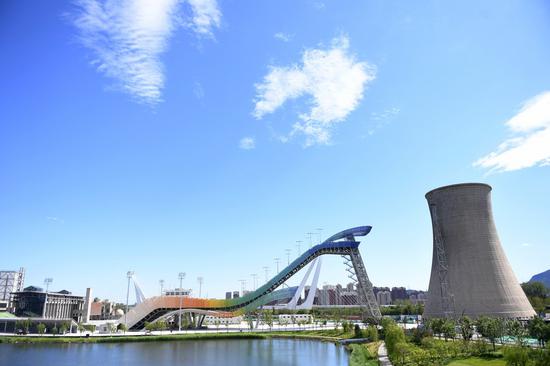 The Shougang (meaning "capital steel") industrial sites park, once a large factory founded in 1919 and producing steel in Beijing, has now become an urban landmark filled with modern elements such as automatic vehicles.

Steel mills have been transformed into the office buildings of the Beijing Organizing Committee for the 2022 Olympic and Paralympic Winter Games, and factory workshops have been converted into science and technology museums.

"Shougang, where we spent a lifetime working, is getting more and more beautiful," said retiree Zhang Yudong.

The whole of Shanghai has become a ground for expositions. Liang Qichao, a pioneering reformer, in 1902 dreamed that Shanghai could hold a grand world expo. That dream became a reality. In 2010, Shanghai presented a remarkable expo to the world.

The original site of Jiangnan Shipyard was transformed into the site for the World Expo. The original industrial belt along the city's Huangpu River is now becoming a "leisure belt" for residents.

Looking back, the two cities have suffered tremendously since the Opium War in 1840. Over 100 years ago, Li Dazhao and Chen Duxiu, pioneers of the CPC, firmly believed that socialism could strengthen the country and lead the Chinese people to prosperity.

Under the leadership of the CPC, Beijing and Shanghai were liberated in 1949. Through the efforts of generations, China has become the second-largest economy in the world with improved national strength and international competitiveness. 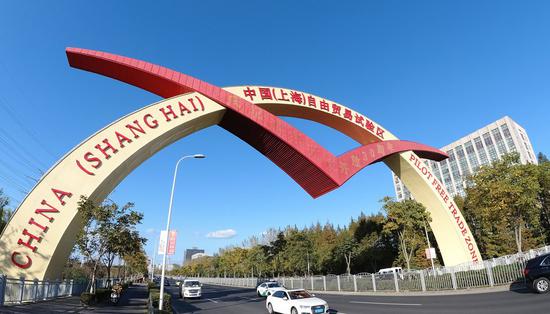 The two municipalities have been playing vital roles in national development, said Cheng Meidong, executive deputy director of the PKU research institute for the CPC's history.

And the robust development momentum continues. According to government plans, Beijing will take the lead in basically realizing socialist modernization by 2035 and become an inclusive capital with sound governance and a favorable environment for international exchanges.

By 2035, Shanghai will be basically built into a city of innovation, humanity and ecology, a socialist modern international metropolis with global influence, and a people's city with Chinese characteristics.

"One hundred years ago, Li Dazhao and many revolutionaries dedicated their lives to China for a bright future. Today, this strong and prosperous country is just as they wished it to be," said Li Xiaoli, Li's great-granddaughter.