New fossils of giant rhino found in Gansu dates back to 26.5 million years ago(1/2) 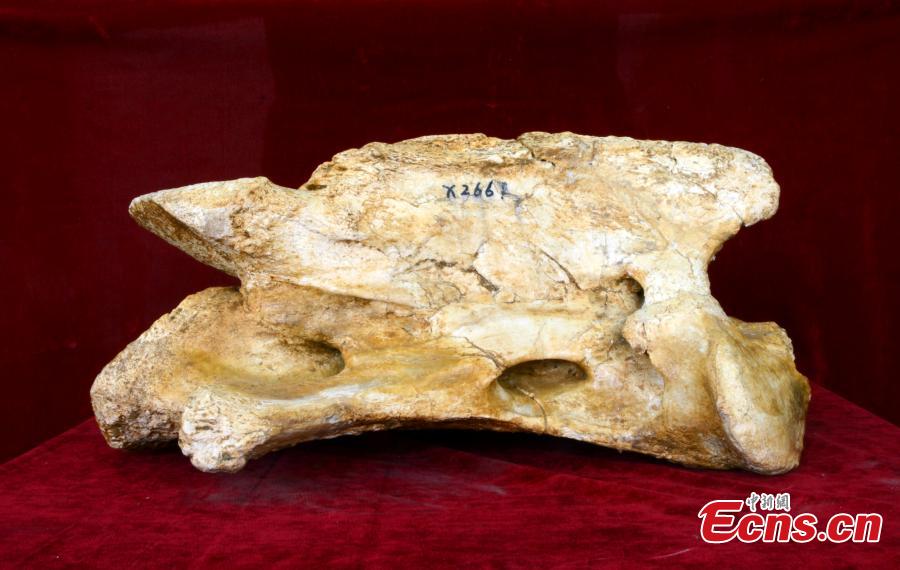 Deng Tao, director of the Institute of Vertebrate Paleontology and Paleoanthropology at the Chinese Academy of Sciences, led a Sino-U.S. research team to analyze the fossils of giant rhinos, which dated back to 26.5 million years ago in the edge of China's Tibetan Plateau and the Linxia basin in Gansu Province. The fossil, named after Paraceratherium linxiaense, belongs to a new species of the giant rhinos.

The giant rhino, Paraceratherium, is considered the largest land mammal that ever lived and was mainly found in Asia, especially China, Mongolia, Kazakhstan, and Pakistan, according to an article published on the Institute's website. 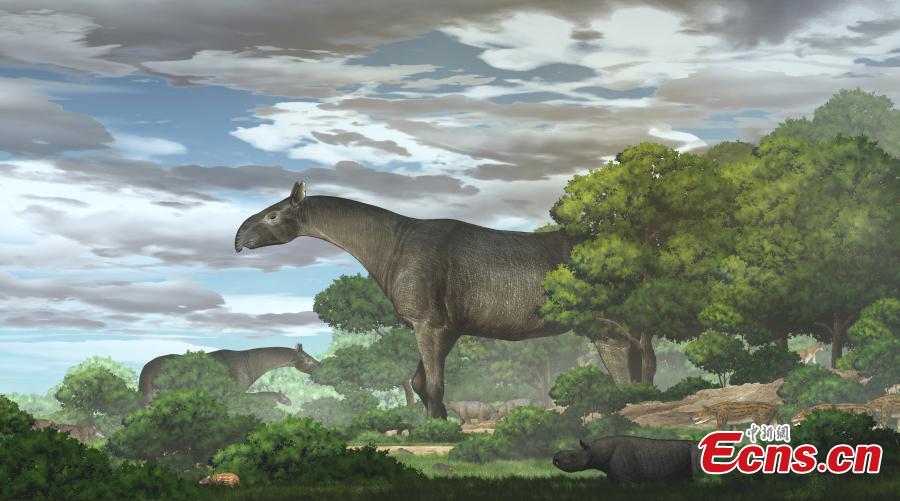 An ecological reconstruction of the Paraceratherium linxiaense during the late Oligocene. (File photo provided to China News Service by Institute of Vertebrate Paleontology and Paleoanthropology, Chinese Academy of Sciences)