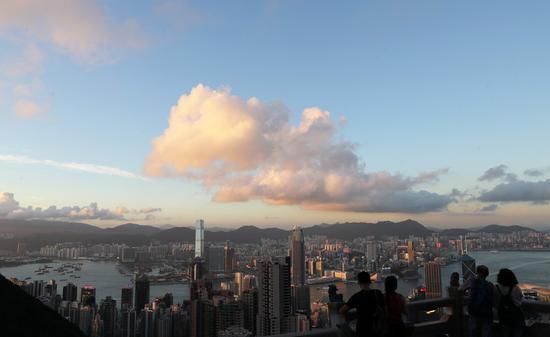 Various sectors in Hong Kong and the majority of Hong Kong residents have expressed support for the national security legislation for the Hong Kong Special Administrative Region (HKSAR), opposing external interference led by the United States.

A Hong Kong organization called the United Front Supporting National Security Legislation has launched an online petition in protest of external interference, which was signed by more than one million people as of Tuesday evening.

External forces blatantly interfered in China's internal affairs and Hong Kong affairs and threatened to impose the so-called "sanctions" for their own interests, while disregarding the well-being of Hong Kong people, attendees said in a forum held by the organization on Tuesday evening.

Leung Chun-ying, vice chairman of the National Committee of the Chinese People's Political Consultative Conference (CPPCC), said in the forum that not only have external forces extended their hands to Hong Kong, some people in Hong Kong have begged for foreign sanctions. 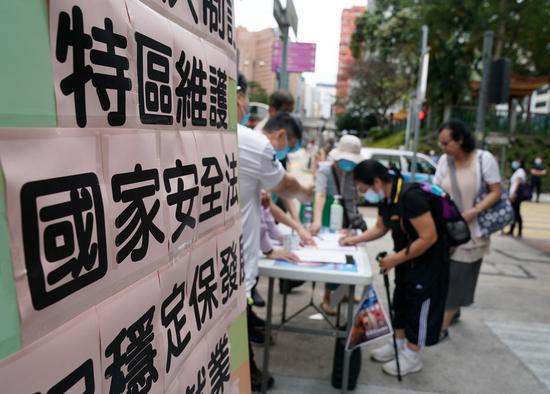 Such interference and collusion will not be tolerated anywhere in the world and Hong Kong does no fear threats and their so-called sanctions, Leung said.

Leung also stressed the importance of explaining the law to the public and improving related education in schools as opposition figures will smear the law on safeguarding national security in Hong Kong.

Tam Yiu-chung, a member of the Standing Committee of the National People's Congress (NPC), said he was glad to see so many Hong Kong residents signing the petition, believing that most of the residents do not accept Hong Kong being used by external forces to subvert the country and foster terrorism.

Tam Wai-chu, deputy director of the HKSAR Basic Law Committee under the NPC Standing Committee, said the national security legislation for the HKSAR intends to put an end to external interference and the collusion of some local forces and U.S. politicians.

Only when national security and social stability are safeguarded, can the legal interests and freedoms of Hong Kong people be guaranteed, said Ng Chau-pei, an NPC deputy from the HKSAR, adding that external forces use Hong Kong as a pawn to subvert China and those who oppose the legislation are totally disregarding the interests of Hong Kong.