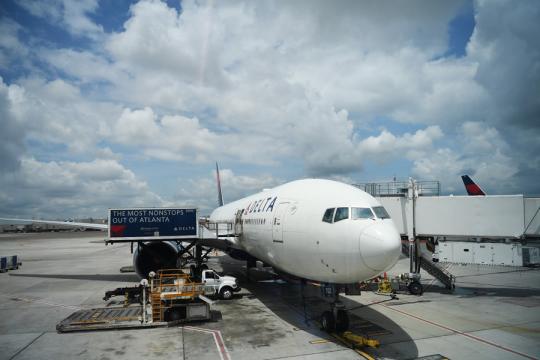 Some major foreign carriers have announced plans to resume flights to China following the temporary suspension of services in February due to the outbreak of COVID-19, which is expected to provide more options for travelers and help foreign carriers increase revenues.

It announced that this week, it will have two flights from Seattle to Shanghai via Seoul－one on Thursday and one on Friday. Return flights will leave from Shanghai on Saturday and Sunday.

Starting next week, it will continue operating two flights weekly via Seoul to Shanghai, but one will leave from Seattle and one from Detroit. Plans call for that schedule to continue until Oct 24, Delta said.

"We are excited to resume our services between the United States and China as economic and social activities start to recover. We are implementing unprecedented health and safety measures and practices," said Wong Hong, president for Greater China and Singapore for Delta Air Lines.

Delta said all customers are required to wear face coverings during travel and are encouraged to bring their own food. The carrier will also block the middle seats, reducing the number of passengers on each flight.

After discussions between regulators, the U.S. and China have agreed to each allow four weekly flights connecting the two countries, easing a standoff on travel restrictions in the midst of the pandemic.