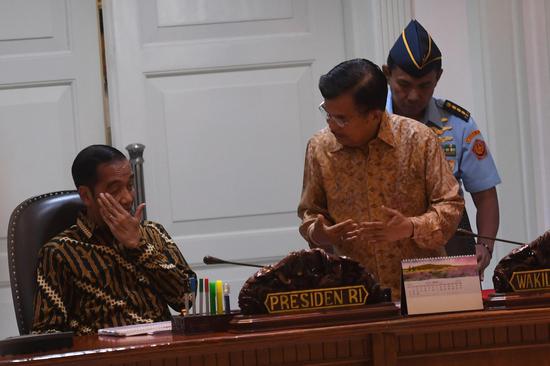 Joko Widodo's victory was confirmed at 1:46 a.m. after the KPU finished the real counts on votes originated from all polling booths in 34 provinces and 130 cities in foreign countries.

Joko Widodo earned over 85.6 million votes, legally enabling him to serve presidency until 2024 with Ma'ruf Amin as his deputy.

Meanwhile, Prabowo Subianto, who ran with young businessman Sandiaga Uno as his sidekick in the election, earned over 68.6 million votes, according to KPU.

The KPU would legally set Joko Widodo and Ma'ruf Amin as the elected president and vice president on May 24 unless a lawsuit is lodged in the nation's Constitutional Court (MK) related to the KPU's announcement on election results.

"The lawsuit is allowed within three days, so we will ask the MK whether a lawsuit has been filed or not. We will officially set the elected president and vice president after obtaining confirmation from the MK related to the lawsuit," a KPU commissioner Hasyim Asyari said on the sidelines of the elections result announcement event.

In legislative election, the ruling Indonesian Democratic Party of Struggle (PDI-P) obtained the largest votes of over 19 percent among a total of 16 political parties. It was followed by Gerindra, an opposition party, at 12.57 percent and Golkar party at 12.31 percent.