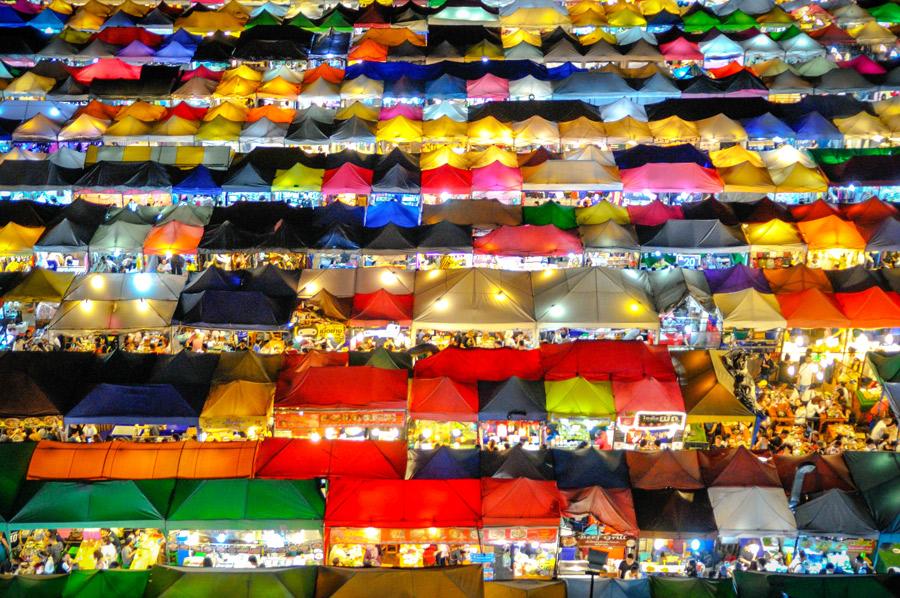 Asian cuisine is flavor of the month.

Good wine sells itself, and good photos, too. For foodies in Asia, especially in countries such as China, Japan and South Korea, they seem to enjoy the same habit: Taking a bunch of pictures of their food with their phones and posting them on social media, such as WeChat Moments, so their friends can also enjoy a feast for the eyes.

In some cases, an appetizing photo seems more important than the food itself.

A photo exhibition titled Taste of Asia, featuring Asian dishes shot by tourists and photography fans around the world, received over 3,000 entries within a month of the opening date for submissions on March 19. 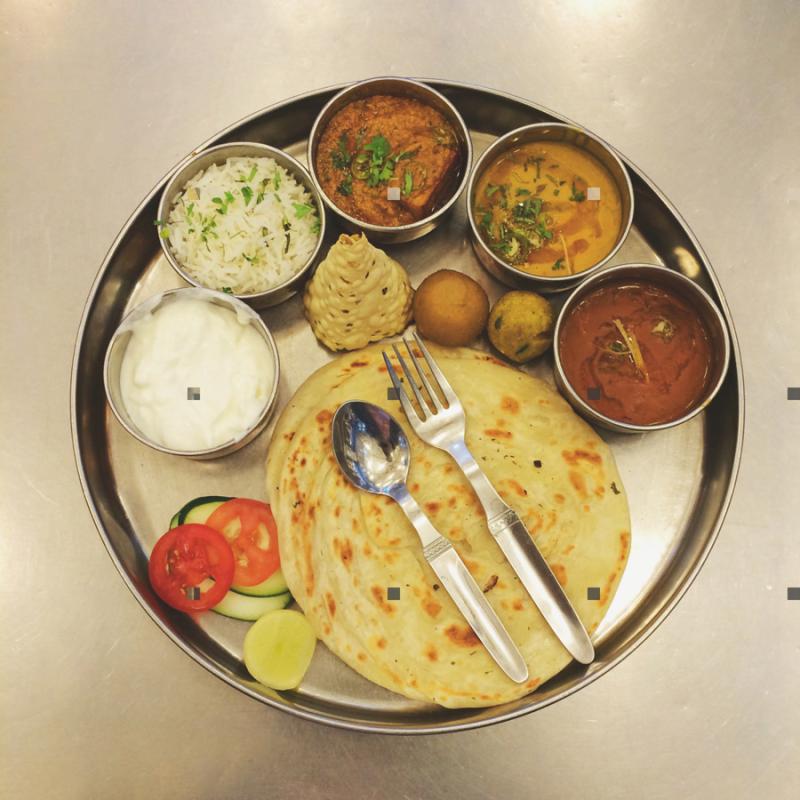 The organizers selected their candidate photos and the visual delicacies are currently on show in Hangzhou, capital of East China's Zhejiang province, showcasing the best of Asian cuisine among foodies.

The whole photo gala is composed of nine parts, including pictures of traditional Hangzhou-cuisine restaurants, an introduction to the Qiantang River and its fishing culture, and the Taste of Asia photo exhibition.

One photo, for example, shows 43-year-old Hangzhou local, Wang Pinghua, riding a motorcycle while balancing a watermelon on his head. A greengrocer, Wang has been practicing carrying the fruit on his head since he was 13 years old, like people in Africa and Southeast Asia do. This was a unique stunt he performed to lure customers. 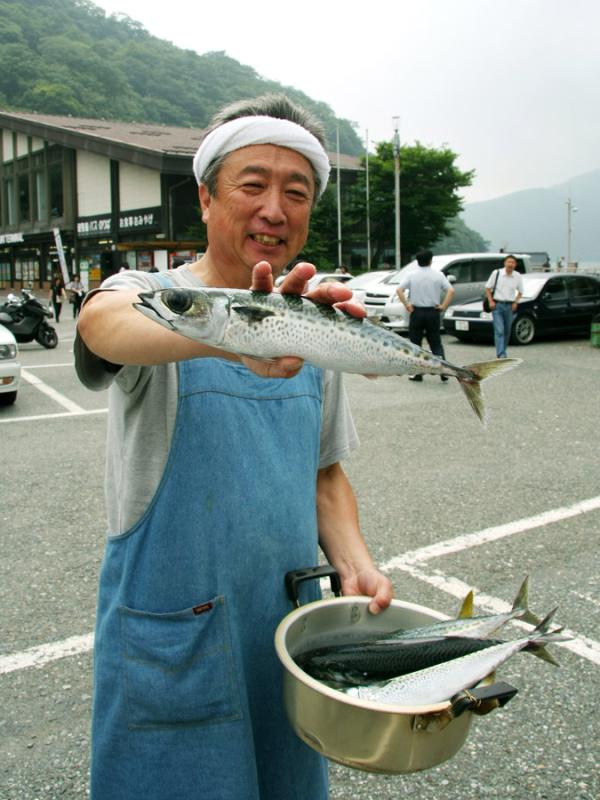 A fisherman poses with a fish he caught in Hokkaido, Japan. (Photo provided to China Daily)

The Gourmet Rhapsody, a photo exhibition by photographer and Hangzhou local, Chen Yanfei, is also being held alongside these events.

Chen, a fashion and gourmet photographer, is featured for her pictures of miniature plastic figures in the world of food. Through the sharp and vivid colors, it is hoped that the viewers' appetite will be aroused, while indulging their childlike playfulness.

All of these events are part of the larger ongoing Taste of Hangzhou Asian Cuisine Festival, held in the city from May 15 to 22. The event, which has been staged to support the Conference on Dialogue of Asian Civilizations, is aimed at promoting cultural and culinary exchanges, as well as showcasing the unique charms of Hangzhou. 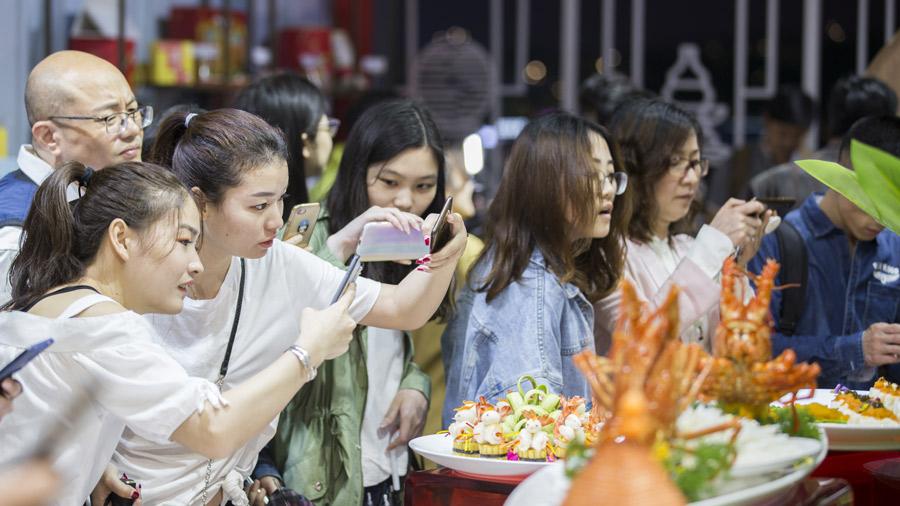 Visitors take pictures of dishes at the ongoing Taste of Hangzhou Asian Cuisine Festival. v During the festival, Hangzhou, famous for its Longjing tea, will hold a tea culture dialogue forum, inviting major Asian tea-producing countries such as Japan, Sri Lanka and India to participate in dialogue and exchanges. The festival will also host a forum promoting traditional Chinese food culture. Exhibitions on traditional Chinese tableware and Asian cuisines will also be held.

A baby poses with a giant croaker caught by his father at Thousand Island Lake near Hangzhou. (Photo provided to China Daily) The festival will also present an exhibition of technology and food, demonstrating the achievements of Hangzhou's digital economy and highlighting its urban development. A collection of food imbued with elements of the Olympic and Asian Games will also be displayed. Chefs, athletes and sports nutrition experts from Asian cities will be invited to share their ideas and theories on healthy eating and discuss the relationship between sports and a healthy diet while promoting the Asian Games and Asian Cuisine Festival. If you go Taste of Asia photo exhibition Through May 22, Museum of the Qiantang River, Hangzhou. 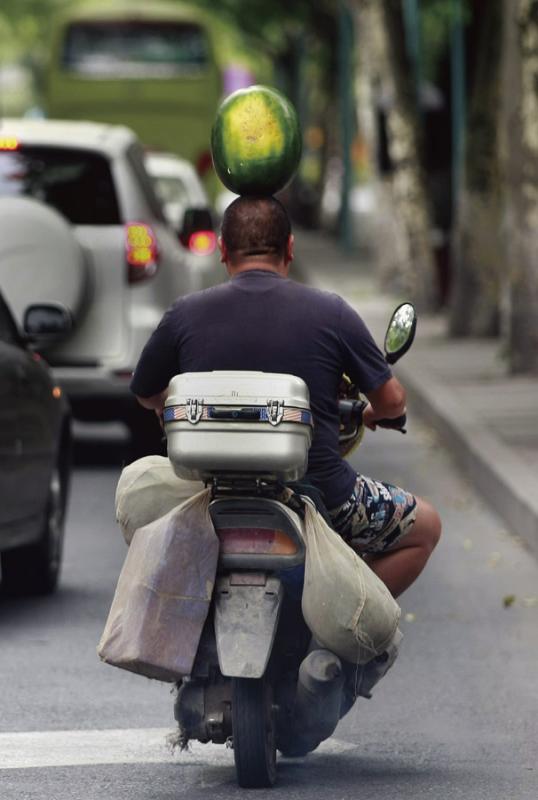 Hangzhou resident Wang Pinghua rides a motorcycle while balancing a watermelon on his head. (Photo provided to China Daily) 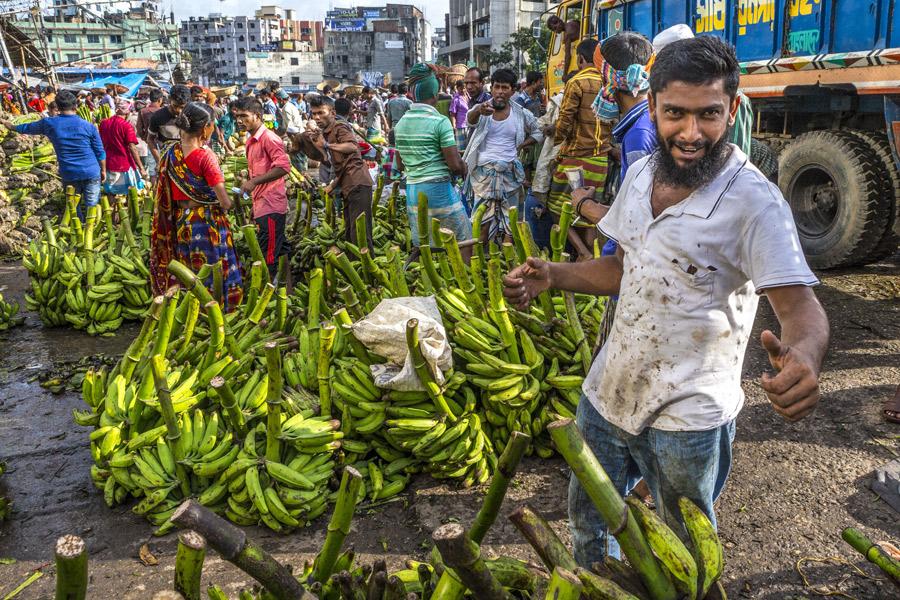 A banana market in Bangladesh. (Photo provided to China Daily) 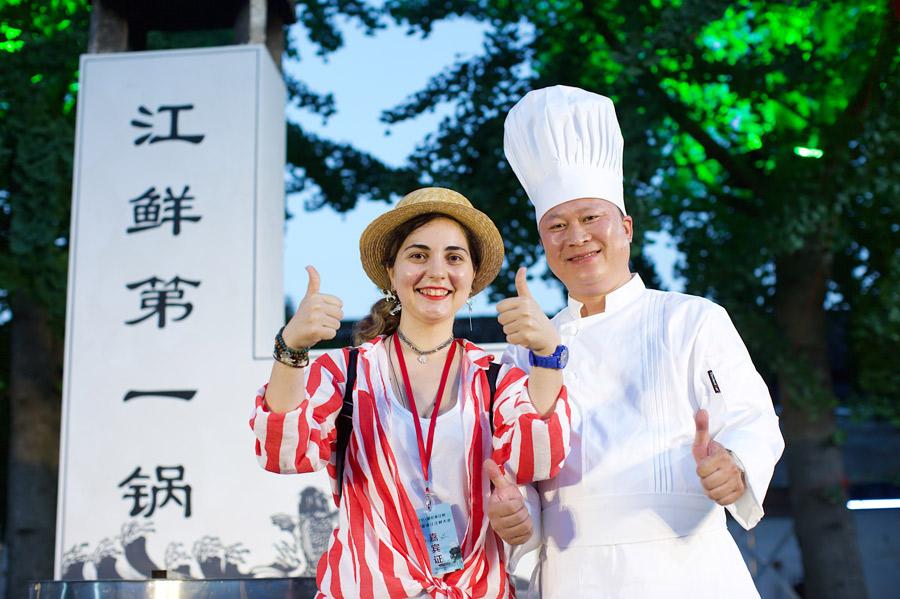 A tourist poses with a chef at a tasting event for fish from the Qiantang River in Hangzhou. (Photo provided to China Daily)