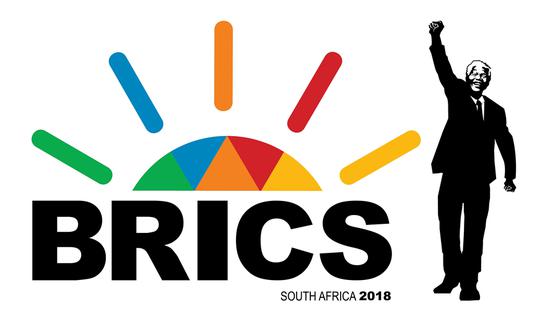 As South Africa gears up to host the 10th annual BRICS Summit next week, just days after the country marks the birth centenary of its first elected president and global statesman Nelson Mandela on Wednesday, the spotlight remains on how the bloc’s five emerging economies can deliver more benefits to people of Africa in line with the “Mandela Spirit” of building a just and equitable international order.

The leaders of Brazil, Russia, India, China and South Africa – the five nations that make up the BRICS – will assemble for the summit in South Africa’s largest city of Johannesburg from July 25 to 27. This will be the second time the BRICS Summit is being held in South Africa after a gap of five years when Durban hosted the event.

The summit, that has been timed to coincide with Mandela’s birth centenary celebrations, “gives us an opportunity to reflect on the first decade of inter-BRICS cooperation and to chart the way forward for the next decade of BRICS cooperation,” said South Africa’s BRICS Sherpa (special emissary) Anil Sooklal at a roundtable in Pretoria earlier this year.

“The BRICS' open, inclusive, cooperative and win-win spirit is highly consistent with the Mandela Spirit. It is also the long-cherished wish of President Mandela and all other previous generations of the African National Congress (ANC) revolutionary leaders to fight for a more fair, just, and equitable international order,” China’s Ambassador to South Africa Lin Songtian wrote in an article published in South African media.

To commemorate the legacy of the former South African leader, the United Nations has officially declared his birthday on July 18 as Nelson Mandela International Day, in recognition of his fight for freedom, dignity and human rights. The day also honors those who fight poverty and promote peace, reconciliation and cultural diversity.

Special provisions have been made at the summit to remember the global champion of equality by featuring Mandela’s image on the specially-designed logo of the summit (as seen in the cover photo).

“Born on July 18, 1918, Madiba (as Mandela is popularly known in South Africa) was a global icon who was revered worldwide as a champion of human rights, non-racism and non-sexism. He played a critical role in unifying South Africans and inspiring democratic unity across Africa and the globe. As the Chair of BRICS, South Africa is guided by the values Nelson Mandela stood for,” a statement on the official BRICS 2018 website said.

The theme for this year’s summit is “BRICS in Africa: Collaboration for Inclusive Growth and Shared Prosperity in the 4th Industrial Revolution” which is aimed at setting the long-term vision for ties between the five BRICS nation and African countries.

The summit is also expected to include in its agenda items such as the advancement of South Africa’s national interest, the African Union (AU) priorities, deepening of South-South cooperation and how to further collaborate on geopolitical interests.

The theme for this dialogue is “BRICS in Africa: Working towards the realization of the African aspirations.”

The Johannesburg Summit will see participation from many international organizations including the United Nations, ASEAN, OIC, G20, G77 and CARICOM as well as regional leaders representing the AU and New Partnership for Africa's Development (NEPAD).

Going beyond the five bloc members, the BRICS Plus initiative was introduced by China last year during the Xiamen Summit to establish dialogue with other emerging markets and developing countries. This year’s BRICS Plus dialogue will have the theme of “Securing sustainable and inclusive growth for the prosperity of the Global South.”

The summit will culminate in the adoption of the "Johannesburg Declaration" which will include BRICS’ commitments for the year ahead.