Shaanxi to finish its panda project in 10 years 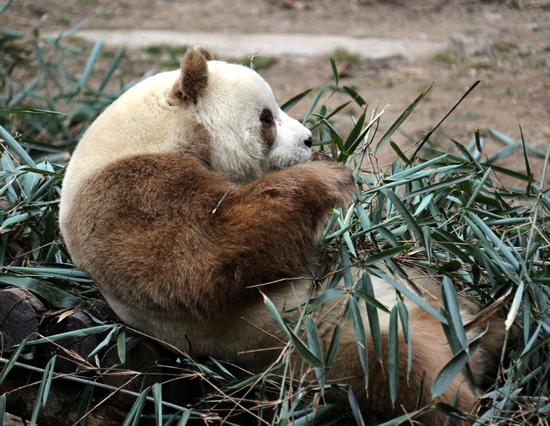 Shaanxi province will spend the next decade finishing construction of its segment of Giant Panda National Park.

Protection of the wild panda population and habitat will be stressed in the project, according to the provincial forestry administration.

To achieve its goal, the province will emphasize improvement of the environment and environmental education in the construction process, it said.

The Shaanxi section of the park accounts for nearly 8 percent of the Qinling Mountains' 57,000 square kilometers. The mountain range includes 12 nature reserves.

Hailing the construction of the Shaanxi segment of the park, Wang Lei, who has photographed pandas for 15 years, said the move would facilitate coordinated panda management in the reserves.

Before the park was established, each reserve worked on its own, and that wasn't good for panda conservation, he said.

Planning for Giant Panda National Park began in January last year, when the Communist Party of China Central Committee and the State Council issued a circular on the project.

Speaking at the plaque-unveiling ceremony of the administrative bureau of the Giant Panda National Park in Chengdu, Sichuan, in October, Li Chunliang, deputy chief of the State Forestry and Grassland Administration, said establishing the park in the main habitats of the giant panda is of great importance in protecting the ecosystem, as well as biodiversity with the giant panda as the core.

The park is expected to help wild pandas that are isolated on mountains across Sichuan, Shaanxi and Gansu provinces to breed, strengthening their gene pool, said Zhang Hemin, deputy chief of the China Conservation and Research Center for the Giant Panda in Sichuan.

More than 80 percent of the world's wild pandas live in Sichuan, with the rest in Shaanxi and Gansu.