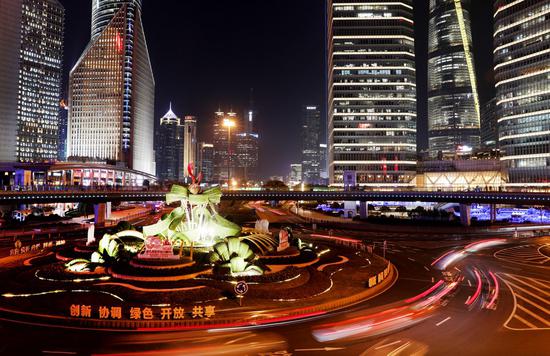 Chinese Premier Li Keqiang on Wednesday heard a report on advancing financial opening-up at a State Council executive meeting, where he also chaired discussions on work related to greater financial openness and stronger financial services in boosting the real economy.

The meeting noted the steady opening-up of China's financial sector in recent years, during which more than 100 foreign-invested banks and insurance, securities, payment and clearing institutions have been approved and set up.

"We've achieved notable progress in opening up the financial sector in recent years. Yet there are also many challenges," Li said, "We need to continue advancing opening-up in an orderly way, and fully leverage both the domestic and international markets and resources, so that China remains a popular destination for foreign investment."

The market access threshold of foreign-invested financial institutions such as banks and insurance companies will be refined, and rules concerning cross-border transactions between parent and subsidiary firms of financial institutions will be improved. Channels and methods for foreign capital to participate in the domestic financial market will be optimized.

Management requirements of direct investment projects that are closely related to the real economy will be improved. Efforts will be made to keep the RMB exchange rate basically stable and at an adaptive and balanced level.

"As a developing country, China's development must rely on the real economy. Greater financial openness should better serve the real economy, which is of great importance to maintaining the country's economic stability," Li said.

The macroprudential policy framework will be improved, and mechanisms for the monitoring, evaluation and early warning of systemic financial risks will be put in place, to maintain smooth operation of the financial market.

"We must fully deliver on the commitments we have made by advancing the opening-up in the banking and insurance sectors in an orderly way," Li said, "We need to take a holistic approach in handling the relationship between financial openness and financial security, to better safeguard China's economic and financial security."