Getting rid of tariffs a win-win situation: U.S. economist 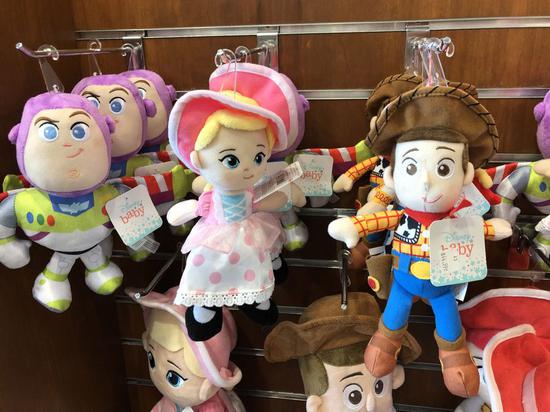 Photo taken on June 19, 2019 shows toys made in China at a shop in Orlando, Florida, the United States. (Xinhua/Liu Jie)

Trade war has caused all sorts of problems, not just because of the higher tariffs themselves, but also because of adjustments the markets have to make in response to the tariffs, said a U.S. economist.

"The sooner we can take off those tariffs, the better, (because) some of those adjustments won't have to be undertaken, and we'll be able to get back to where we were before," said Alan Deardorff, a professor of international economics and public policy at the University of Michigan Ford School of Public Policy, in a recent interview with Xinhua.

"It's very much in the interests of almost everybody in both countries to reverse this whole process," said the professor, referring to the ongoing trade tensions between China and the United States.

"We benefit tremendously from trade with China," he said, adding that the productivity of China has led to the expansion of its exports, the speed of which is "far more than anybody thought it would be," since China is making "really good stuff that we are all benefiting from."

In Deardorff's eyes, U.S. trade imbalance is in part a result of the large U.S. trade deficit with "everybody, not just China," and "our spending far, far more than our income, which we've been doing for years, and increasingly so in recent years."

In the meantime, China "has a lot to sell, and is spending less than its income," he said. "It then becomes an imbalance with China."

"China is growing, expanding, getting richer ... and has pulled so many people out of poverty," he said, adding that "China is a huge market and (has) businesses all around the world. Certainly U.S. businesses do not want to be excluded from it."

Deardorff also noted the importance of globalization. "Throughout my career I have studied and argued for getting rid of barriers to trade, reducing tariffs ... all that sort of thing."

"There are adverse side effects of doing that(removing trade barriers), and we haven't paid as much attention to that as we should have," he said. "But that's not a reason not to do it. It is a reason to accompany globalization with other policies to help those who are hurt by it."

Calling himself an advocate for globalization, he said he is glad to see China making efforts to promote globalization.