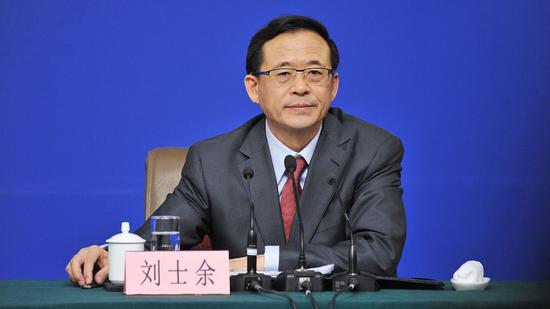 Former China Securities Regulatory Commission (CSRC) chief Liu Shiyu is under investigation on suspicion of "violations of laws and discipline" and has turned himself in.

The Central Commission for Discipline Inspection (CCDI) of the Communist Party of China made the announcement in a statement Sunday night without elaborating.

Liu served as the chairman of the CSRC from February 2016 to January 2019.

Liu, who has served as deputy party secretary of the All-China Federation of Supply and Marketing Cooperatives since January, is assisting the CCDI's investigation after turning himself in, the statement said.