Trade with South Asia to expand 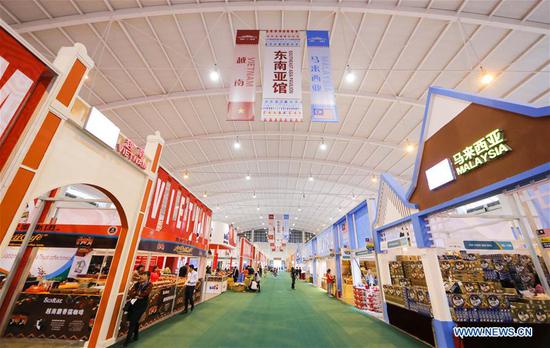 Nation will increase imports by deepening reform and opening-up

China wants to continue to expand imports from South Asian countries amid its efforts to deepen reform and boost opening-up, Vice-Premier Hu Chunhua said on Thursday.

China has paid attention to the concerns of South Asian countries over trade balance, and it would like to inject impetus into trade with South Asia, Hu said in his keynote speech at the opening ceremony of the 5th China-South Asia Expo in Kunming, capital of Yunnan province.

At the Communist Party of China's 19th National Congress, Xi Jinping, general secretary of the CPC Central Committee and president of China, made the commitment that China will not close its door, but open it increasingly wider, Hu said. He added that in April, at the Boao Forum for Asia, Xi unveiled more measures to expand imports and improve the investment environment.

"We have a huge market with a total population of more than 3 billion, and we have a strong desire to enhance cooperation," he said.

Enterprises from the South Asian countries are welcome to participate in the first international import expo to be held in Shanghai in November, Hu said.

The vice-premier said China will boost political trust with South and Southeast Asian countries and enhance practical cooperation with them under multilateral frameworks, including the United Nations and the World Trade Organization.

Gao Yan, vice-minister of commerce, said that the Belt and Road Initiative, put forward by Xi in 2013, has been supported widely by the international community, including South Asia, and more than 80 countries and global organizations have signed cooperation deals with China to jointly build the Belt and Road.

China will integrate its advanced industries with the developmental needs of South Asian countries to enhance cooperation, she said.