Jiuzhaigou to mostly reopen from Sept. 27 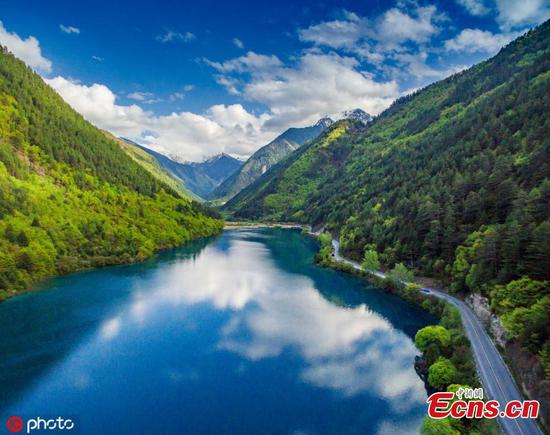 (ECNS) - The quake-hit Jiuzhaigou National Park will partially reopen for group tourists from Sept. 27, with a daily limit of up to 5,000 tourists, said the park’s administration.

The UNESCO World Heritage Site was closed due to damage caused by a magnitude-7.0 earthquake on Aug. 8, 2017. On March 8 last year, it temporarily opened some popular sites with restrictions, such as tourist numbers and opening hours. However, on June 28 last year, the park announced a further closure due to “geologic hazard risks.”

According to the latest announcement, access will be allowed to the Buddhist monastery in Zharu Valley, as well as to the Shuzheng, Rize and Zecahwa Valleys, from 8:30 a.m. to 5:00 p.m. each day. These areas include the iconic Nuorilang Falls as well as the newly opened Shuanglonghai Falls.

Entry tickets to the park cost 169 yuan ($24) per visitor during the peak season from April 1 to Nov. 15, with an additional bus fare of 90 yuan. During the slow season, both the ticket and bus fare cost 80 yuan per visitor.

Tourists must have their IDs verified before taking a sightseeing bus to enter the scenic spots.

Local authorities said that after two years of post-quake renovation work, 85 percent of scenic areas are basically ready to reopen.

Luo Zhibo, Party chief of Jiuzhaigou County, said 11 travel agencies will send tourists to Jiuzhaigou and more than 200 restaurants will be ready to offer services by then.