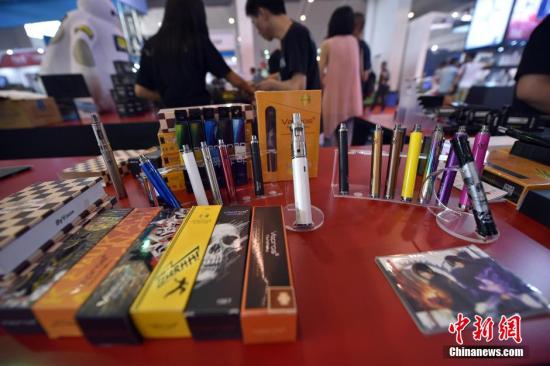 E-cigarettes were displayed at an expo. (File photo/China News Service)

(ECNS) -- China's National Health and Family Planning Commission is mulling the regulation on e-cigarettes through legislation, according to a health official on Monday.

High attention should be paid to the hazards of e-cigarettes, which not only pose health risks to young people, but also affect their habits, said Mao Qun'an, director of the planning department of the commission, at a press conference.

The commission is conducting research on the supervision of e-cigarettes with relevant departments, he noted.

Use of e-cigarettes in China is at a relatively low level currently, though the proportion of people hearing about and using e-cigarettes has increased compared to 2015, according to Mao.

Strict supervision must be strengthened, he added.