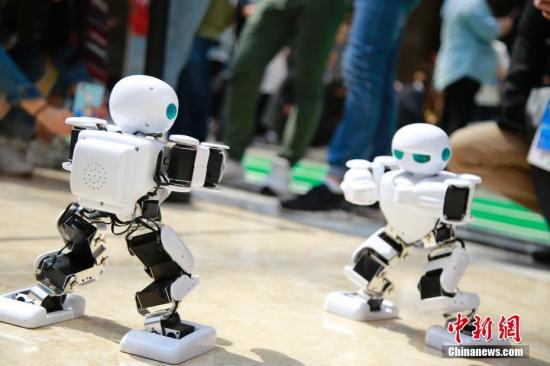 An AI expo was held in Heilongjiang Provincce on May 14, 2019. (Photo/China News Service)

The potential influence of artificial intelligence on technology, industry and social change has been widely recognized worldwide since 2018, according to the newly released "China's New Generation AI Development Report 2019."

AI is entering a new stage of development amid continuous integration of Big Data and is expected to be the core technology of the future, said Gao Wen, an academician at Chinese Academy of Engineering.

Industrial applications of AI in China have picked up pace with great changes underway in the fields of smart manufacturing, financial technology, digital content and new media, new retail, and smart security. AI-driven transformation supported by governmental policies has benefited the country’s economic growth and helped drive it to a higher level of quality.

By 2030, China is expected to be the world leader in AI theory, technology and application, and be the most important center of AI innovation globally.

But China’s AI development still faces many challenges, including reliance on imported key components, a lack of a high-level open source platforms, and the shortage of top-caliber talent.