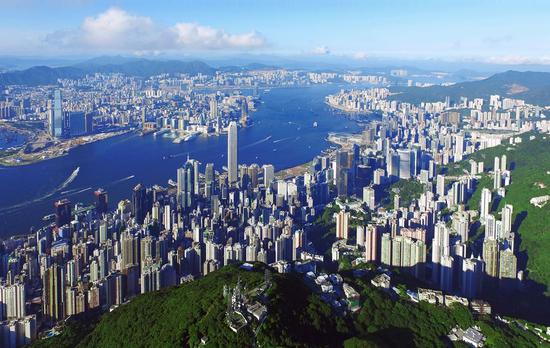 A spokesperson for the Office of the Commissioner of the Ministry of Foreign Affairs of China in the Hong Kong Special Administrative Region urges U.S. politicians to know their place, have a correct assessment of the situation, immediately make a clean break from the violent extremists, and stop meddling with Hong Kong affairs, which are China's domestic affairs.

A spokesperson for the Office of the Commissioner of the Ministry of Foreign Affairs of China in the Hong Kong Special Administrative Region (HKSAR) Tuesday denounced some U.S. congressmen for making groundless accusations against the Central and the SAR governments, and urged them to make a clean break from the violent extremists.

It is reported that U.S. Senate Republican leader Mitch McConnell and some others claimed that "Beijing tries to encroach on their (Hong Kong people's) autonomy and freedom" and that "Any violent crackdown would be completely unacceptable." The spokesperson of the commissioner's office replied that the remarks have distorted the truth and made groundless accusations against the Central and the SAR governments, sending out a gravely wrong signal to the violent extremists. China deplores and firmly opposes such allegations, reads a statement on the office website.

A handful of radical protesters in Hong Kong have ramped up extremist and violent actions, and kept assaulting the police in a highly dangerous and brutal manner. Such acts have grossly trampled upon the rule of law and social order of Hong Kong, posed a grave threat to the security of the citizens, seriously challenged Hong Kong's prosperity and stability and tested the red line of "one country, two systems", said the spokesperson. 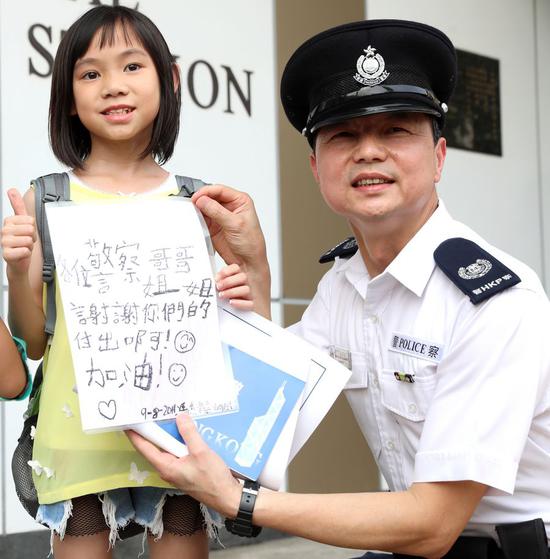 While showing no mercy towards those who assault police at home, the U.S. selectively turns a blind eye when it comes to Hong Kong, painting instead the Hong Kong police's efforts to enforce law in a civilized manner despite malicious attacks and humiliation as a "crackdown" on peaceful protests. It only fully reveals the entrenched prejudice, hypocrisy, indifference, selfishness and hegemonic thinking of some American politicians, the spokesperson added.

Since the return of Hong Kong to the motherland 22 years ago, the principle of "one country, two systems", "the people of Hong Kong governing Hong Kong" and a high degree of autonomy in the SAR have been faithfully implemented. Our Hong Kong compatriots are now their own masters with unprecedented rights and freedoms in accordance with law. Hong Kong ranked the 16th for its rule of law in 2018 -- higher than that of the U.S. -- while it ranked below 60th in 1996. These are solid facts which cannot be easily denied by American politicians, the spokesperson said.

People cannot help but ask: Would these politicians only be satisfied to see Hong Kong descend into a city of violence? And would that dark scenario alone meet their standards for autonomy and freedoms?, the spokesperson continued. 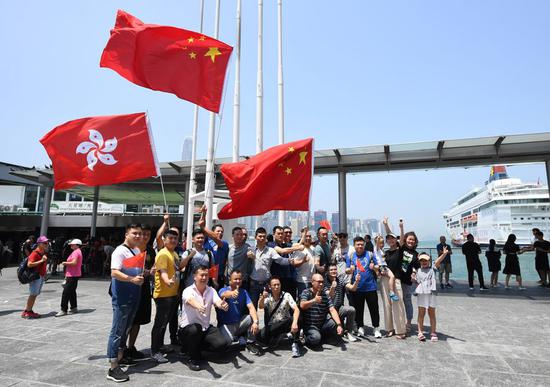 The spokesperson emphasized that Hong Kong is part of China, and its affairs are completely China's domestic affairs, which allow no interference by any foreign country, organization or individual in any form.

No one should ever underestimate China's determination to uphold national sovereignty and security and Hong Kong's prosperity and stability, or expect China to yield to the intimidation and pressure from foreign interfering forces, he said.

"We strongly urge the American politicians to abide by international law and basic norms governing international relations, and respect the just aspiration of the majority of Hong Kong citizens to oppose violence, uphold the rule of law and support the police," the spokesperson said, urging the U.S. politicians to know their place, have a correct assessment of the situation, immediately make a clean break from the violent extremists, and stop meddling with Hong Kong affairs, which are China's domestic affairs.