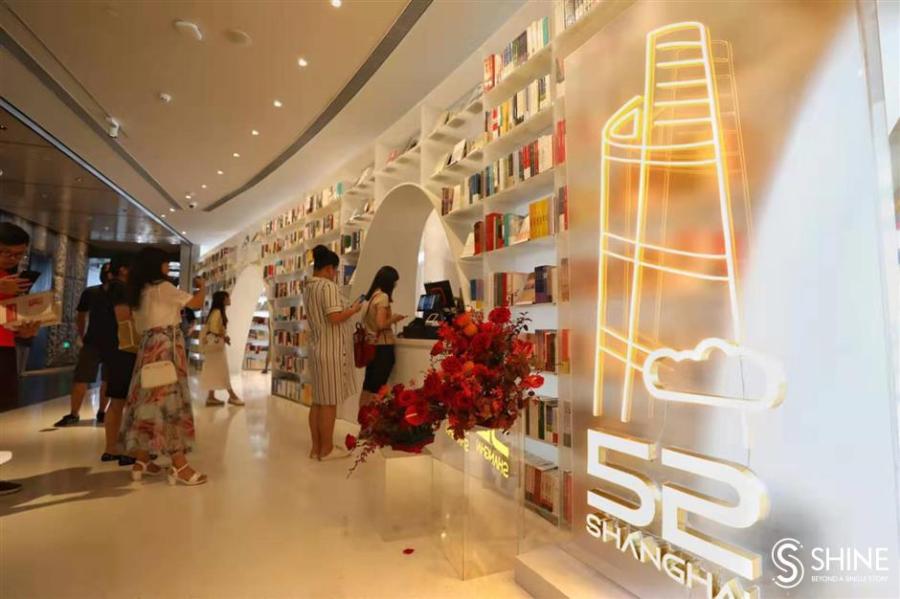 Duoyun Books on the 52nd floor of Shanghai Tower opens on Monday. (Photo/SHINE.cn)

The city's highest bookstore has opened on the 52nd floor of the 632-meter-tall Shanghai Tower, China's tallest building.

The store contains more than 16,000 varieties of books, including 1,150 foreign titles and more than 100 foreign journals.

Some bookworms queued for up to four hours for a chance to see the new Duoyun Books flagship store, with only 350 allowed inside at any time.

Some of its first visitors included writers who had just arrived for the Shanghai Book Fair which opens tomorrow, including Chinese authors Bi Feiyu and Yu Hua, German writer and philosopher Wolfram Eilenberger, and the Canadian illustrator who co-created visuals for the “Lord of Rings” movie trilogy, John Howe.

“Shanghai and its people can always accomplish what they are determined to,” said Yu.

“Just like Shanghai Book Fair, it is truly a fair for the readers.”

Duoyun Books is hosting a series of events and exhibitions related to the fair's signature International Literary Week, including its themed exhibition “Homeland,” which is now also open. 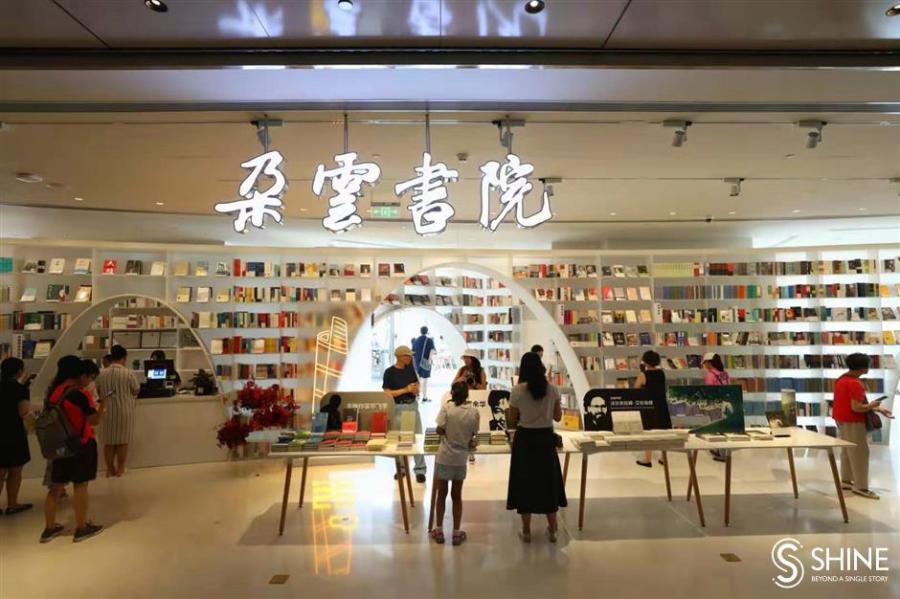 It soon became a hot spot for the city’s book lovers and was named one of the “Most Beautiful Bookstore of the Year” during the 2019 China Bookstore Convention, leaving many guessing what the flagship would look like.

“This bookstore brand is renowned in Shanghai, and opening of this flagship in the Shanghai Tower, the iconic building in the city, will showcase the city’s culture to the world,” said Cai Jinxing, a 71-year-old visitor.

He wasn’t the oldest customer when Shanghai Daily visited, as 97-year-old Zhu Min, a retired arts teacher, came in wheelchair with her family and was enthralled by the section of illustration books.

“Many people first come to Duoyun Books flagship for its height, but you will feel its width, accuracy, depth and also warmth once you are here,” said Wang Lan, president of Shanghai Century Publishing Group, Duoyun’s umbrella company.

“I hope it becomes an ideal reading space and spiritual homeland for every visitor, and a bookstore that everyone wishes to visit at least once in a lifetime.”

The store has three special bookshelves, each displaying books selected from the London Review of Books, reviews on Douban, a Chinese social media website recommending books, movies and music, and “a bookshelf with attitude” where more than 20 cultural celebrities each recommend 10 books.

With a design based on a Chinese landscape, the space contains bookshelves shaped like mountains and is divided into seven areas including those for books, exhibitions, cultural events and leisure areas.

The top floor of Shanghai Tower has a bookshelf displaying books signed by famous writers who have visited Shanghai, and signed copies by Bi, Yu, Elienberger and Howe feature prominently. 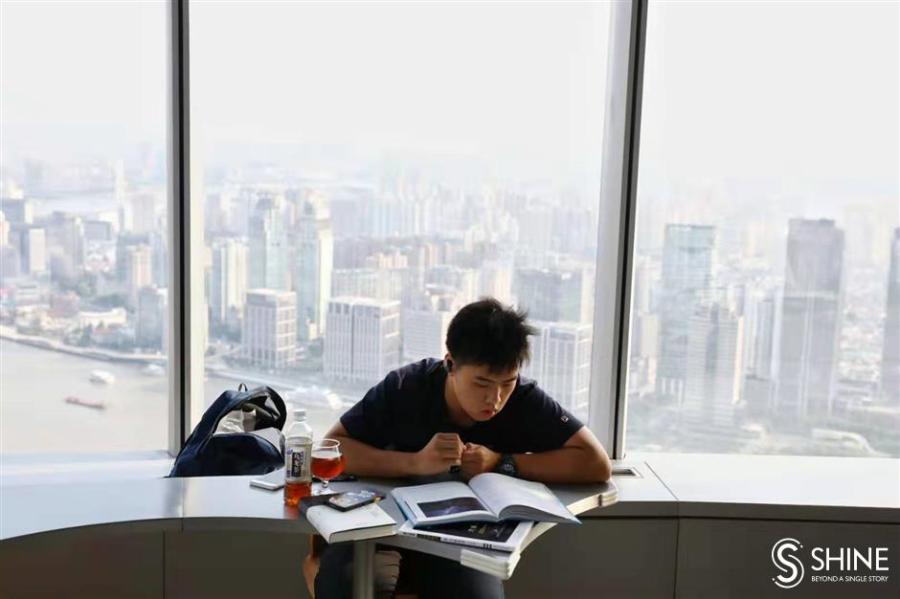 A man reads a book at Duoyun Books on the 52nd floor of Shanghai Tower. (Photo/SHINE.cn) 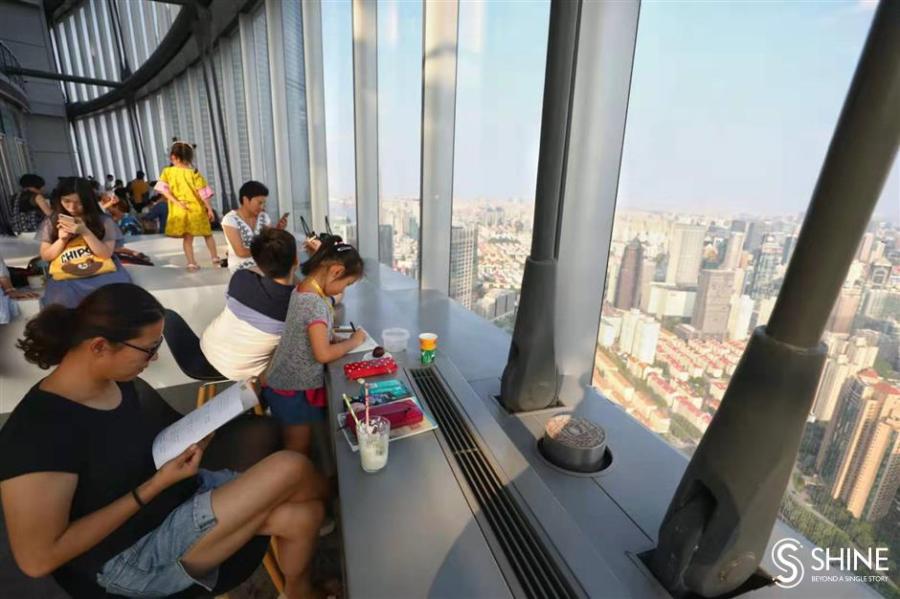 Readers also enjoy the view at Duoyun Books on the 52nd floor of Shanghai Tower. (Photo/SHINE.cn)