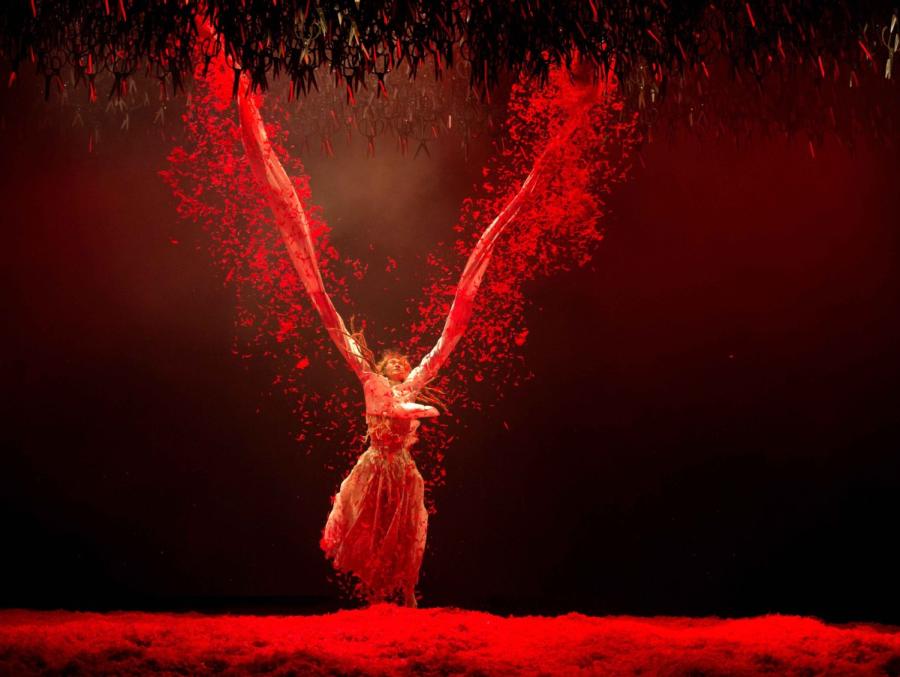 "It was absolutely fabulous, visually extraordinary, and it's unlike anything I've seen before," Jennifer, an editor at a local New York magazine, told China Daily after seeing the debut of Under Siege at the David H. Koch Theater at Lincoln Center in New York on Thursday.

"The dancers were so athletic, their moves were so beautiful, and the story was so dynamic. And I was never bored," she added.

Under Siege, which explores themes of war, power, betrayal and passion, made its U.S. premiere Aug 8-10 as part of the Mostly Mozart Festival.

Set during the epic battle between the Chu and Han armies in 202 BC in China, Under Siege blends elements of martial arts, contemporary and Chinese folk dance, gymnastics and more to interpret an encounter that changed the course of Chinese history.

Yang, chief choreographer and director, said in a previous interview that Under Siege is a conceptual, experimental stage artwork, which she created from an international perspective.

She attempts to cast a cold vision of the desires and fears in the depths of the human heart, to hurt and to be hurt, though the story of the Chu-Han Contention more than 2,000 years ago, as a reflection on the present world.

The performance contains many different elements of Chinese art, not just in terms of dance, but Peking Opera, music, sculpture and paper-cutting. 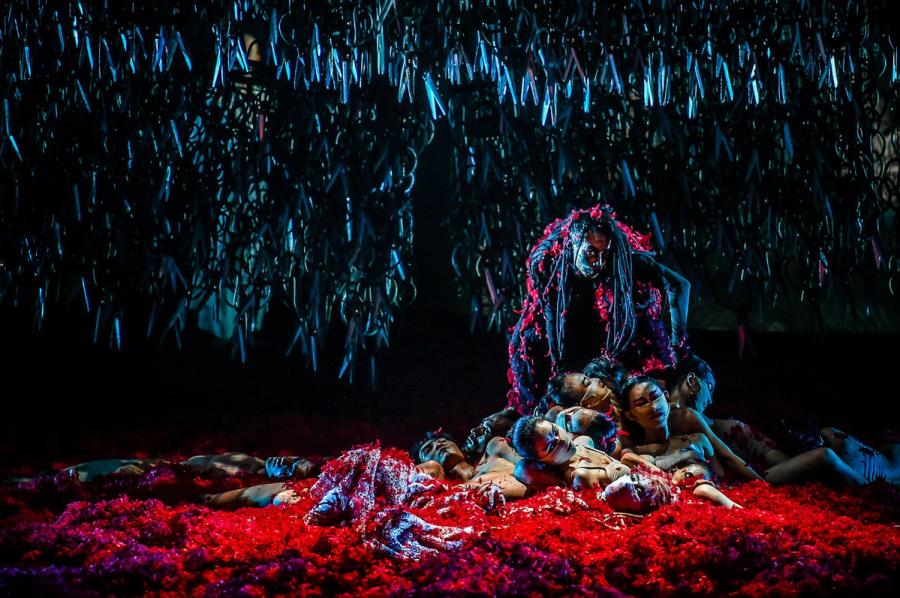 "For me, it's an experiment," Yang said. "Just to show the traditional Chinese elements on stage would be copying what other people have done. So I have melded them with a more contemporary way of passing the message to the audience.

"At the same time, I don't feel the Chinese audience is ready for abstract things only," she said. "So there needs to be some traditional elements there as well. It is a mixture of traditional and abstract. I'm continuing to strive for a Chinese way of developing contemporary art and dance on stage," according to Playbill.

"The dance of the concubine and Xiang Yu was the most incredible part, with a very high standard. The story was traditional, but the interpretation is very unique as one of the many," Michale Kuonov, who work in satellite radio, said after watching the show. 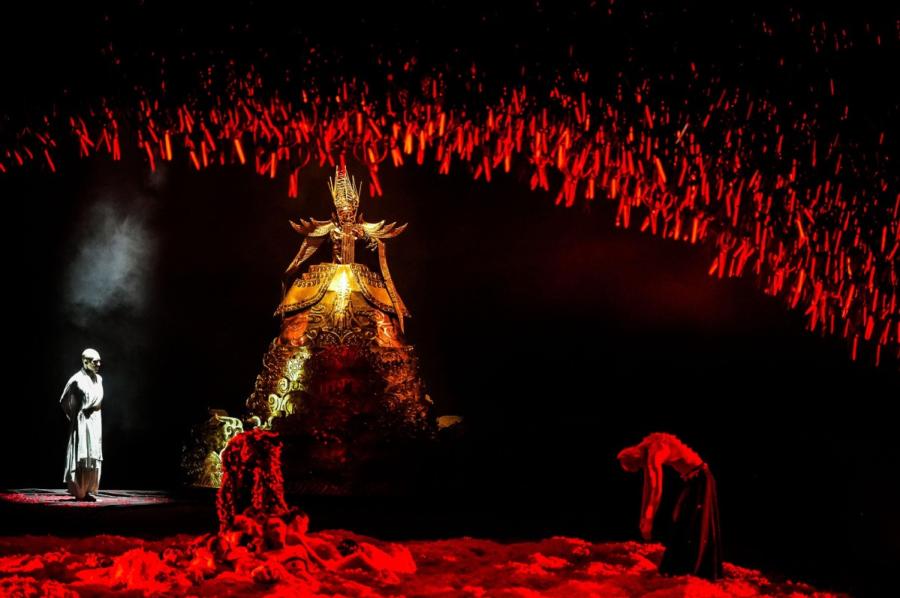 For Yip, Under Siege is a work that lets him return to tradition. He described it as an integration of elements of Chinese culture and modern stage art — thousands of scissors hanging on the stage that symbolize a life-threatening crisis, and in the last scene, the stage was covered with red feathers symbolizing the "river of blood" on the ancient battlefield.

Now in its 53rd season, Lincoln Center's Mostly Mozart Festival is summertime tradition and New York institution. Launched in 1966 as America's first indoor summer music festival, with an exclusive focus on its namesake composer, Mostly Mozart has since broadened its focus to include works by Mozart's predecessors, contemporaries and musical successors.