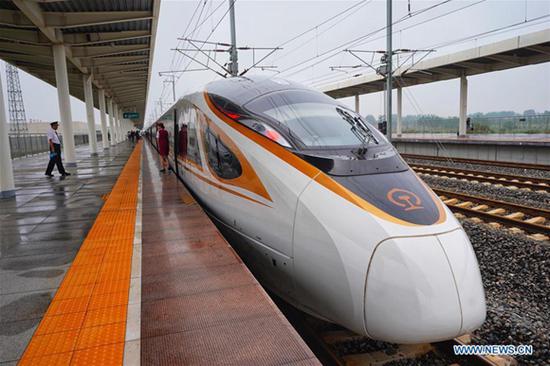 (ECNS) - China's high-speed railway lines had extended to 30,000 kilometers by the end of 2018, accounting for two-thirds of the global total, according to a report by the National Bureau of Statistics.

The report said China's railway lines were just 22,000 kilometers long when the People's Republic of China was founded in 1949, while highway mileage was 81,000 kilometers, with no high-speed roads at all.

After seven decades of development, the country’s transportation network has become comprehensive and advanced.

The country has also made dramatic progress in expanding its expressway network and civil aviation capabilities.