'996' work schedule is illegal and against public will: experts 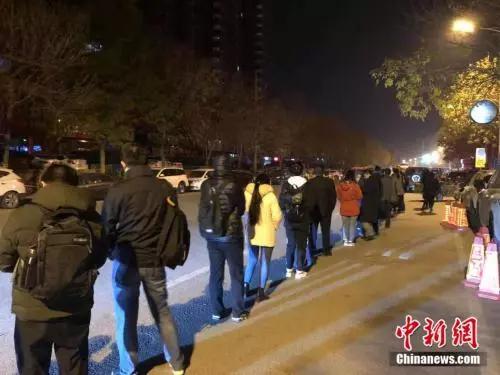 Office workers line up to get on a bus on the early morning in Beijing. (File photo/China News Service)

(ECNS) -- The practice of "996" overwork culture promoted by some tech giants in China has sparked robust debate among employees, employers and experts.

Jack Ma, founder of Chinese e-commerce giant Alibaba Group, was the latest to endorse the industry's notorious “996” work schedule, under which work begins at 9 a.m. and finishes at 9 p.m. six days a week. Ma called it "a huge blessing.”

A worrying trend is that working grueling overtime is now being encouraged by other sectors.

A survey by the All-China Federation of Trade Unions showed that working overtime is common in China, with 21.6 percent of respondents saying they work more than 48 hours a week. Only 44 percent said they receive additional pay for overtime or are compensated with commensurate days off work.

Li Chunling, a researcher with the Institute of Sociology at the Chinese Academy of Social Sciences, said the "996" schedule has failed in Japan. More Japanese are choosing to live alone or have no children after seeing their fathers have lives full of stress.

Huang Wei, a researcher at the China E-Commerce Research Center, said the “996” schedule comes from a slowing Internet sector and declining profits, with Internet companies turning to higher workloads from individual employees to cut labor costs.

Su said people born in the 1980s and 1990s who have gradually become the main workforce pay more attention to work-life balance and have a higher awareness of rights. In that context, the "996" work culture is a deviation from the psychological expectations of workers and society, certainly leading to public anger, so it should not become a trend.