Military trainer aircraft CJ-6 gets go-ahead for civilian use 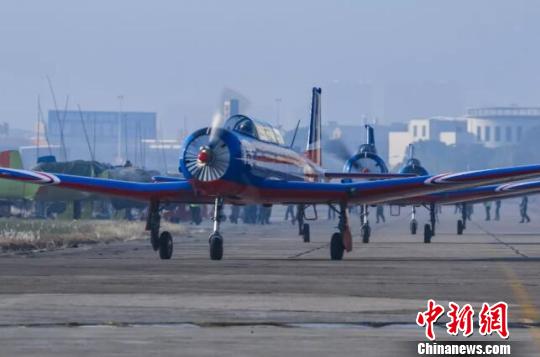 (ECNS) - The CJ-6, originally a Chinese military trainer aircraft designed and built by Hongdu Aircraft Industry Group, has won approval to be transformed for use in the civilian aviation industry.

A ceremony to issue the necessary Civil Aviation Administration of China (CAAC) credentials to the CJ-6 was held at Yaohu Airport in Nanchang City, Jiangxi Province on Thursday.

The CJ-6 is the only homegrown aircraft to have been routinely used for pilot candidate selection and training in domestic aviation schools.

Li Jian, deputy director of the CAAC, said the administration issued the airworthiness approval to the CJ-6 after considering its long-standing service and safety record as well as huge market demand.

The aircraft was designed in 1958 and entered into service in 1962, known for its mild speed, sound stability and flexibility.