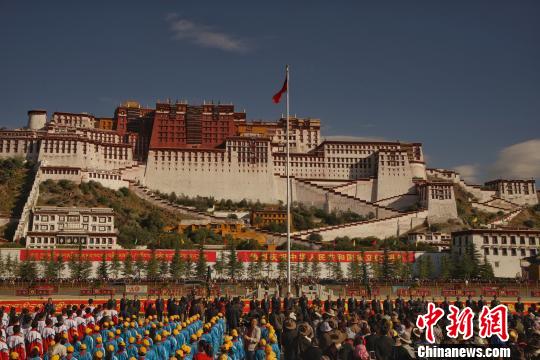 (ECNS) - The Potala Palace in Lhasa, Tibet Autonomous Region, has denied online rumors that the 1,300-year-old palace will be closed in 2020 due to building subsidence.

The palace has cooperated with Beijing Jiaotong University since 2011 and installed structural monitoring equipment to protect the main building, its administrative office said in a statement, adding that no sign of sinking has been found.

The office has set up a specific department to carry out protective repairs and maintenance work on the Potala Palace each year, it was added.

Zhong Fengjuan, a visitor to the famed site, said she believes rumors about Potala Palace are irresponsible. "We should be rational and listen to official statements," she advised.