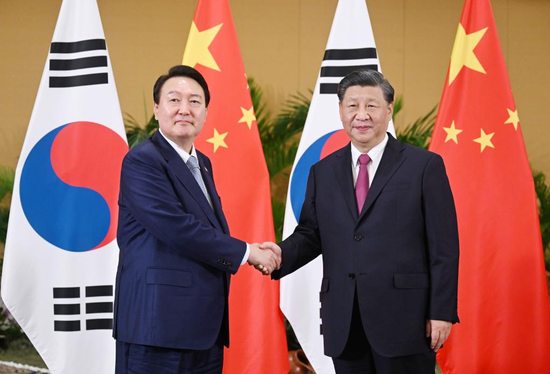 Pointing out that this year marks the 30th anniversary of the establishment of diplomatic ties between China and South Korea, Xi said the history of the past 30 years shows that the sound and steady development of China-South Korea relations serves the fundamental interests of their people.

China is ready to work with South Korea to safeguard, consolidate and advance bilateral relations so as to provide more stability for the region and the world, Xi said.

For his part, Yoon said the South Korean side is willing to take the 30th anniversary of the establishment of diplomatic ties this year as an opportunity to work with China for a mature relationship based on mutual respect and mutual benefit, which serves the common interests of the two countries.