Report: Rural incomes to double by 2035 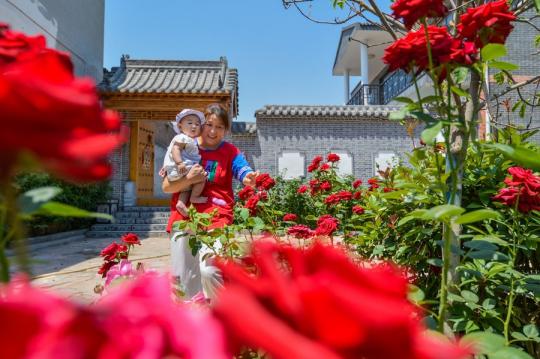 The per capita disposable income of people in rural areas is expected to more than double to reach 42,800 yuan ($6,340) in 2035, and further increase to over 100,000 yuan by 2050, according to a rural development report released by the Chinese Academy of Social Sciences on Tuesday.

In 2035, the low-income group－the bottom 20 percent of the rural population－is expected to see a 157-percent increase in per capita disposable income compared with last year.

China aims to achieve the basic realization of socialist modernization by 2035 and by 2050, China will achieve the goal of building a modern socialist country that is prosperous, strong, democratic, culturally advanced, harmonious and green.

Farmers and rural development are a particular focus and remain a challenge to achieving common prosperity for the whole country.

The large number of low-income groups in rural areas and the chronic urban-rural gap and internal gap among the rural population are the prominent shortcomings of the common prosperity of farmers and rural areas, according to the report.

It stressed that the biggest gap of urban and rural income lies in salary, which has resulted from disparities in labor resources and employment rates in the nonfarming group. The shortage of rural residents' assets with high market value keeps enlarging the gap, it said.

The growth in income disparity is slowing and the ratio separating urban and rural residents' income is decreasing.

Digitalization can improve the availability of basic public services in rural areas, the report said.

Urban and rural "new infrastructure" is needed to improve the efficiency of public services through digitalization, it added.

For example, the village of Hengyi in Hangzhou, Zhejiang province introduced Alibaba's DingTalk in 2019 and upgraded the public service system Linyunzhi to improve the digital infrastructure and facilitate villagers' production and daily life.

Zhang Fandi, manager of the digitalization project in Hengyi village, said even an 80-year-old can mediate disputes through the system. "We found that 99.8 percent of the 80 matters registered on DingTalk every month were solved within two hours," Zhang said.

A delivery service center and a related system were also established to promote digital and elderly-friendly products. "Employees at the center can also guide seniors to use digital platforms," he added.

China is expected to achieve the goal of gradually narrowing the income gap between urban and rural residents, and eventually realize common prosperity for farmers and rural areas if it keeps the current improvement pace, according to the report.

Promoting a new type of urbanization and increasing investment in rural human resources are needed to achieve the goal, the report said.