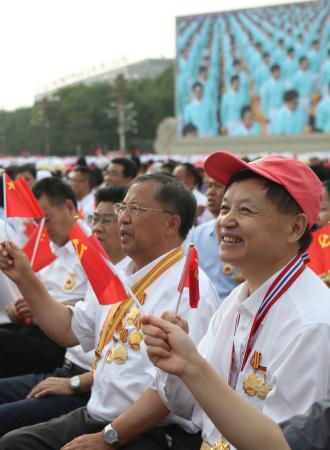 People are happy to participate in the celebration. LI JING/XINHUA

In a news story titled "In Beijing, pride and hopes for a stronger China on party centenary," those who spoke to the news agency expressed pride in China's development and wished for a more powerful country.

Reuters quoted Xiaomi engineer Wang Peng as saying, "I hope China will get stronger in technology, especially in key technologies, so that foreign countries can't seize us by our throat."