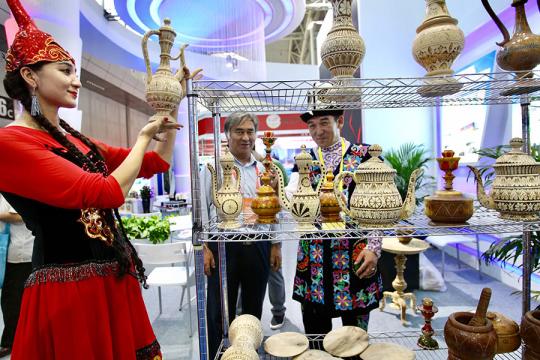 With the Belt and Road Initiative already becoming a vital platform for many countries and regions to boost economic growth and regional connectivity, the Commercial Press Ltd recently published a book titled Understanding the Belt and Road Initiative: Case Study Perspectives in both Chinese and English languages to deliver a panoramic view about BRI development on the ground.

Proposed by Chinese President Xi Jinping in 2013, the Belt and Road Initiative comprises the Silk Road Economic Belt and the 21st Century Maritime Silk Road. It has opened up new space for the global economy with better-than-expected results.

Supported by the Chinese Academy of Sciences (CAS) and authored by a team from the Institute of Geographic Sciences and Natural Resources Research at CAS, as well as a number of foreign scholars, the book summarizes the project types and construction models, such as engineering procurement construction (EPC).

The book systematically expounds on 21 project cases from the background of the host country's governance structure, development history, cooperation mode, socioeconomic impact and environmental impact, and conducts a theoretical summary, after two years of overseas research.

These cases took place in 19 countries participating in the BRI development, covering railways, ports, overseas economic and trade cooperation zones, manufacturing, mining and smelting, clean energy, logistics cooperation and other types of projects, said Liu Weidong, one of the book's authors and deputy director of the Institute of Geographic Sciences and Natural Resources Research at the CAS.

"With projects carried out in different periods, the book analyzes and reveals the impact of institutional and cultural factors on the BRI's development, and summarizes the experience and practices that can be used for reference," said Lu Dadao, an academician of the Chinese Academy of Sciences, noting the study is fairly useful for facilitating the BRI's high-quality growth in the coming years.

China's foreign trade with economies related to the BRI grew by 27.4 percent on a yearly basis to 4.36 trillion yuan ($678.85 billion) in the first five months of 2021, accounting for 29.6 percent of its total foreign trade value during the same period, data from the General Administration of Customs showed.