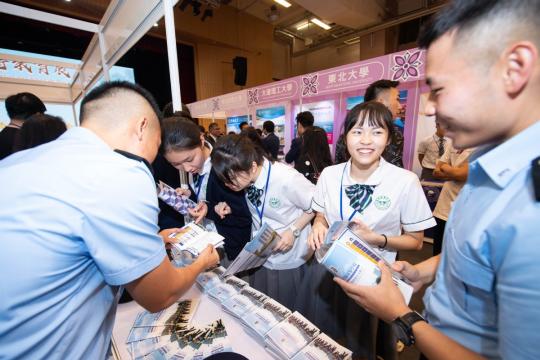 Educational exchanges and cooperation between the Chinese mainland and Macao since Macao's return to China in December 1999 have served as a vivid embodiment of the strength of the "one country, two systems" policy, Vice-Minister of Education Tian Xuejun said.

The cooperation has been mutually beneficial and has contributed to Macao's talent cultivation, economic development and improvement of people's livelihood, Tian said.

With the deepening of higher education exchanges and cooperation between the mainland and Macao, there has been a steady improvement in Macao residents' recognition of mainland universities, with more Macao students opting to study on the mainland, Tian said.

A record high of more than 6,300 students from Macao studied in mainland universities this year, he said, adding that there are also 246 pairs of "sister schools" for primary and middle school students.

Under a memorandum signed in September, higher education diplomas or degrees from the mainland and Macao are mutually recognized, helping to promote mainland-Macao education exchanges and cooperation and Macao's integration of its development into the overall development of the country, Tian said.

Science and technology exchanges and cooperation between higher education institutions of Macao and the mainland have also witnessed significant development, with the joint establishment of innovation centers and laboratories, he said, adding that there are three State key laboratories at the University of Macau and two State key laboratories at Macau University of Science and Technology. One of them, the State Key Laboratory of Quality Research in Chinese Medicine is shared by the two universities.

The mainland has issued various policies to support Macao students in studying, finding jobs and starting their own businesses on the mainland, and Macao students now enjoy the same treatment as their mainland counterparts, he added.

Hung Yulei, 19, is a first-year undergraduate majoring in law at China University of Political Science and Law in Beijing.

"What surprised me most since I came to the mainland is how convenient it is to live here," she said. "Everything can be paid with Alipay and WeChat Pay, and I can buy everything on e-commerce platforms with very quick delivery."

Cai Zhuozheng, 22, graduated from the university in June with a bachelor's degree in law and then began to work in the legal department of a securities firm in Beijing.

Students from Macao have been able to enjoy the same salary and benefits as their mainland counterparts since last year, he said.

"I chose to study and work in Beijing because it is one of the most developed cities in China and I think I can have bright prospects as a lawyer in the city," Cai said.