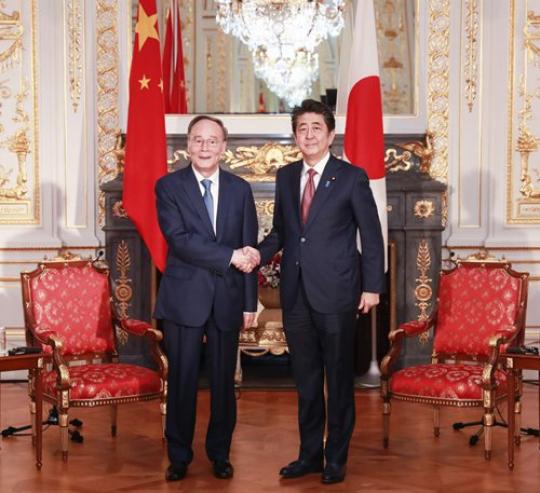 Chinese Vice President Wang Qishan on Wednesday called for continuous progress in China-Japan ties on a track of peace, friendship and cooperation.

Wang made the remarks when meeting with Japanese Prime Minister Shinzo Abe. The vice president, also a special envoy of Chinese President Xi Jinping, is currently paying a visit to Japan, during which he also attended the enthronement ceremony of Japanese Emperor Naruhito.

Wang said Xi and Abe reached a series of important consensus during the Group of 20 (G20) Osaka summit in June on promoting a China-Japan relationship that fits the needs of the new era, and bilateral ties have embraced new opportunities of development.

The vice president urged the two sides to abide by the principles set forth in the four political documents between China and Japan, properly deal with major issues related to history and Taiwan, and ensure bilateral ties develop along the right track of peace, friendship and cooperation.

China is ready to continue strengthening political mutual trust with the Japanese side as well as their practical cooperation, expand people-to-people exchanges and build a constructive bilateral security relationship, said Wang.

He also called on the two countries to jointly defend multilateralism, promote open cooperation, and conduct dialogue between civilizations, so as to make positive contributions to facilitating global and regional peace, stability and development. 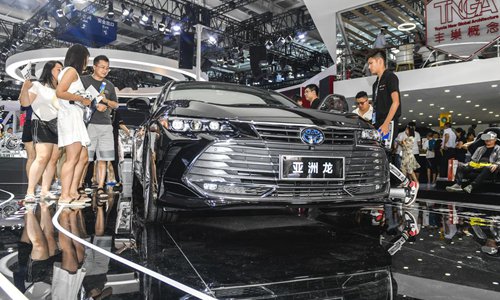 On the sidelines of the G20 Osaka summit, Xi accepted in principle an invitation from Abe for a state visit to Japan next spring, Wang said, and hoped that the two sides maintain close contact and coordination, and create favorable circumstances and a favorable atmosphere to ensure a smooth implementation and full success of the visit.

Abe said that Japan and China have a long history of exchanges and enjoy a solid, long-standing friendship. Today, the two countries continue to strengthen their practical cooperation on economy and trade, deal with international affairs side by side, and shoulder great responsibility for peace and prosperity in Asia as well as the whole world.

Both sides are entering a new era, Abe said, adding that the leaders' meeting in Osaka facilitated a full return of Japan-China relations to the track of normal development, bringing about huge potential for future cooperation.

Abe said the Japanese side is looking forward to the state visit of President Xi next spring, is ready to properly deal with sensitive issues including the Taiwan issue, and will join the Chinese side to enhance the top-level design, maintain the momentum of top-level exchanges, and work to build a Japan-China relationship that is beautiful, harmonious, future-oriented and vigorous.