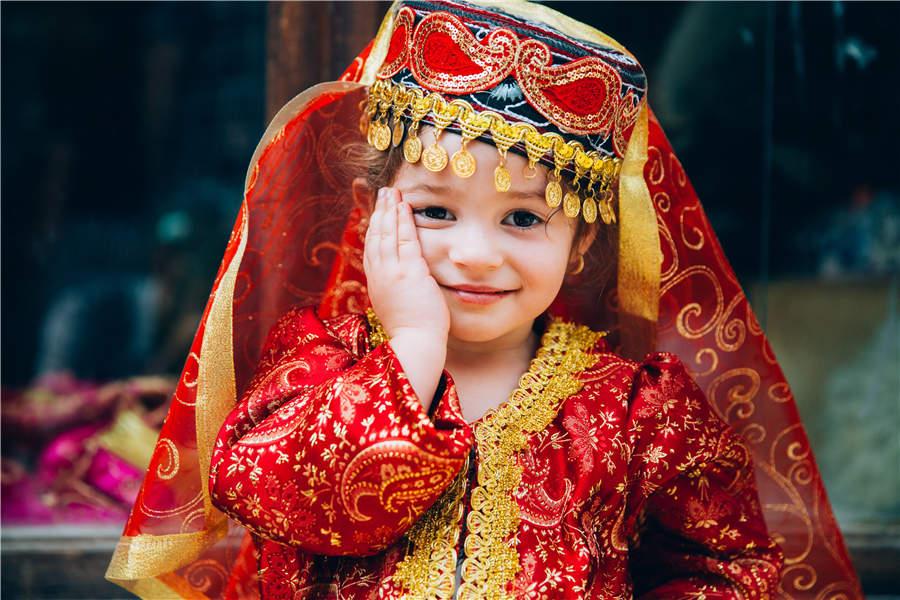 A little girl wears ethnic dress in a village in the Caucasus Mountains. (Photo provided by People's Daily)

Visitors to the Palace Museum's Garden of the Cining Gong (the Hall of Compassion and Tranquility) these days will find themselves stepping into a mini-scale 3D map of the ancient Silk Road.

In the garden's eastern backyard, display boards have been carved out in the shape of mountains and painted, installed and arranged to mimic a winding path in a mountainous area, where viewers embark on a journey to a photo exhibition on the Silk Road and Maritime Silk Road.

Focusing on the humanities and history of the Belt and Road countries and regions, the photo exhibition comprises five themed sections and showcases 253 photos, singled out from more than 20,000 entries. 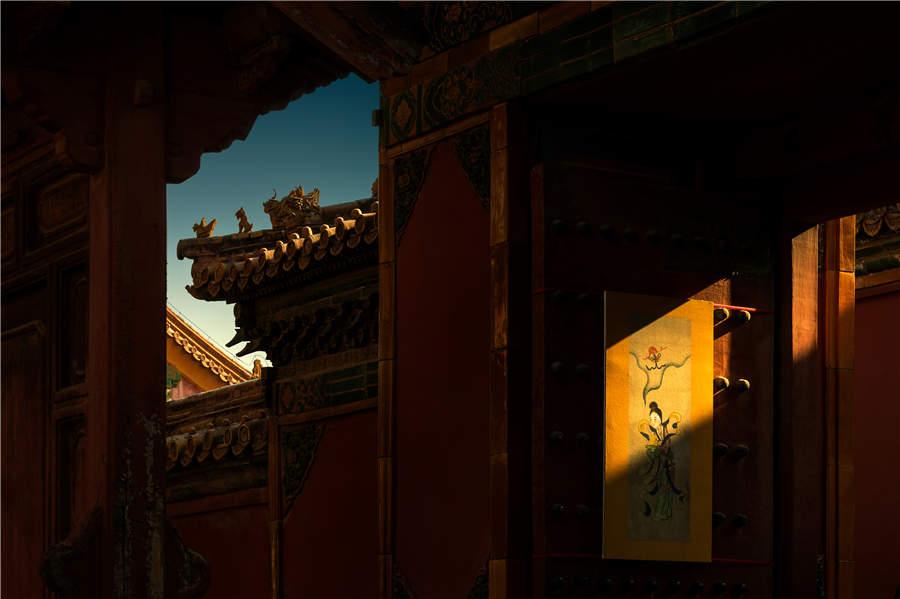 A glimpse of the Forbidden City in Beijing is seen through the shadows. (Photo provided by People's Daily)

The photos capture a myriad of images, ranging from rarely-seen geological wonders, breathtaking landscapes, key historical sites and ruins，and architecture of cultural and religious significance. Among the images are a shadow puppet show from Northwest China's Gansu province, a Tibetan woman rescuing Tibetan gazelles, a young girl in a village in the Caucasus Mountains, a little boy on a scooter in an old street of Havana and exotic weddings in Southeast Asian countries.

In 2013, Chinese President Xi Jinping proposed the cooperative initiative of a Silk Road Economic Belt and the Twenty-first Century Maritime Silk Road. This exhibition aims to reflect the communication among different civilizations throughout history on the basis of mutual respect, according to Palace Museum curator Wang Xudong. 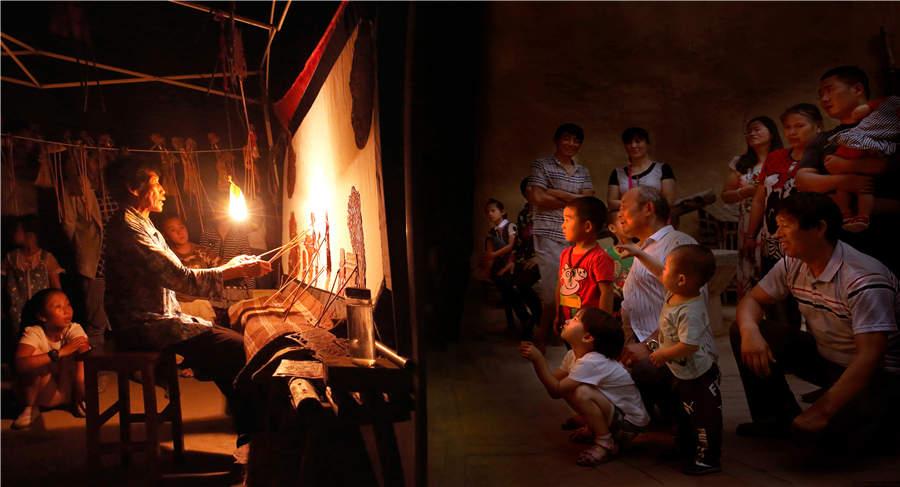 The audience is entranced by a shadow puppet show in a village in Northwest China's Gansu Province. (Photo provided by People's Daily)

v"The show is a confluence of intellectual and artistic achievements by veteran photographers from the Belt and Road countries and regions, whose brilliant images depict the breadth, distance, complexity, abundance, and vividness of the history and lives of peoples in Belt and Road countries and regions," said Wang at the opening ceremony of the exhibition on Oct 11.

Running through Sunday, the exhibition is sponsored by People's Daily and organized by the Palace Museum as part of the nationwide public celebrations for the 70th anniversary of the founding of the People's Republic of China. 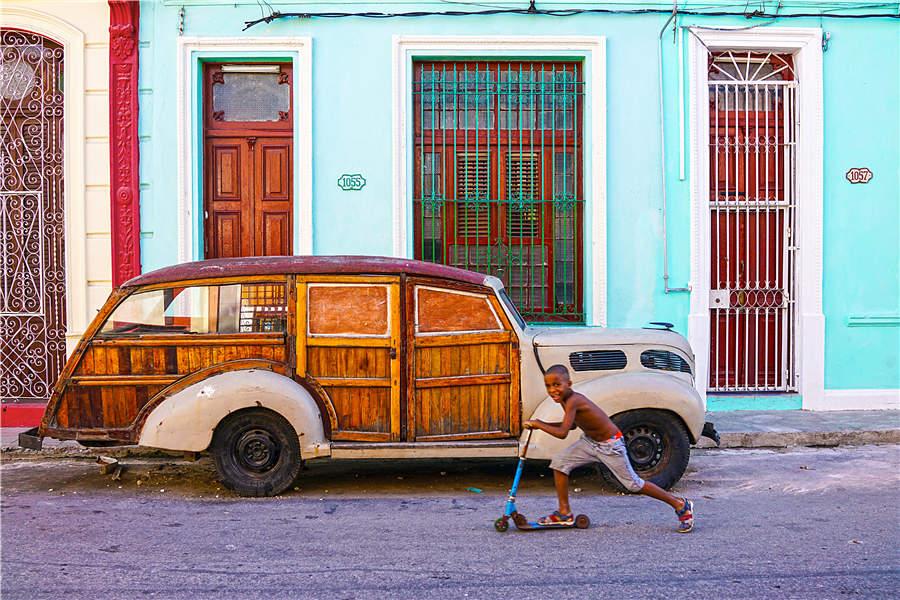 A little boy rides a scooter on an old street in Havana. (Photo provided by People's Daily) 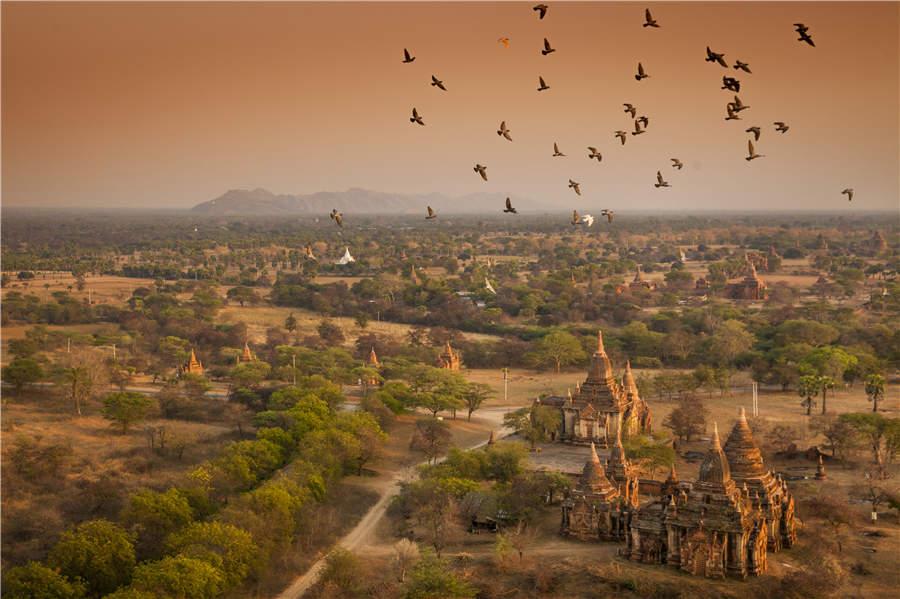 Birds fly over the landscape at sunset in Bagan, Myanmar. 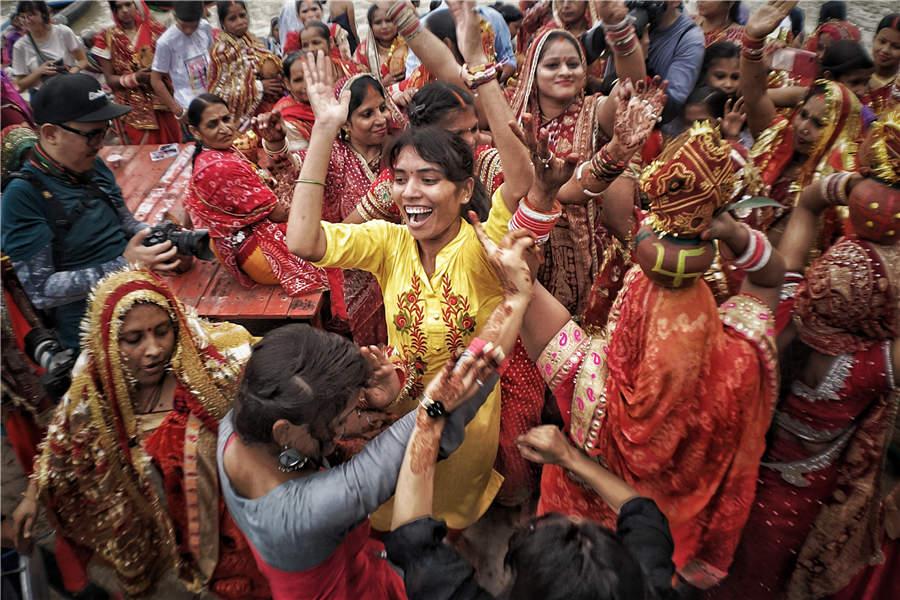