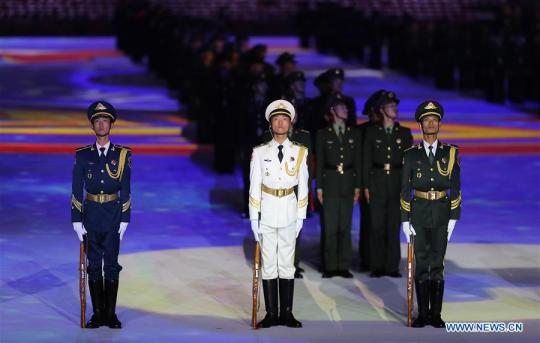 Also known as the Military Olympic Games, this year's event has seen record high participation and events, with 9,308 athletes from 109 countries signed up for the games.

They will compete in 329 events featuring 27 sports, including naval pentathlon, aeronautical pentathlon, shooting, swimming and basketball. Among the 27 sports, tennis and gymnastics are centerpieces.