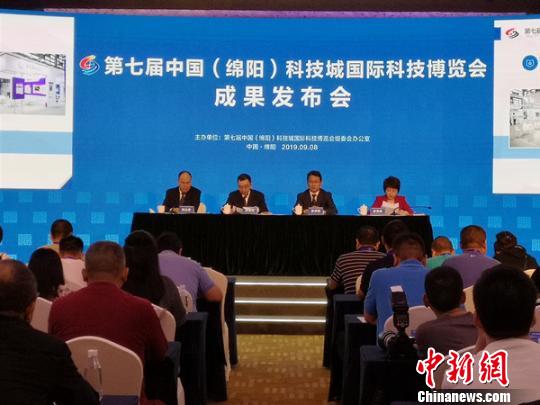 A total of 105 contracts worth 92.38 billion yuan (about 13.2 billion U.S. dollars) were signed during the 7th China (Mianyang) Science and Technology City International High-Tech Expo in southwest China's Sichuan Province.

The combined value of the contracts signed were about 2 billion yuan more than the previous expo. Among them, there are 39 contracts that each will involve an investment of more than 500 million yuan, the organizer said.

More than 10,000 cutting-edge products were exhibited at the expo, including electronic information, equipment manufacturing and artificial intelligence.

The event attracted representatives from 20 universities, academies and institutes, and 687 high-tech companies worldwide including Amazon, Microsoft and Panasonic.

The expo has been held annually since 2013 and attracted a total investment of over 645 billion yuan so far.