Experts say China has the edge in internet of things 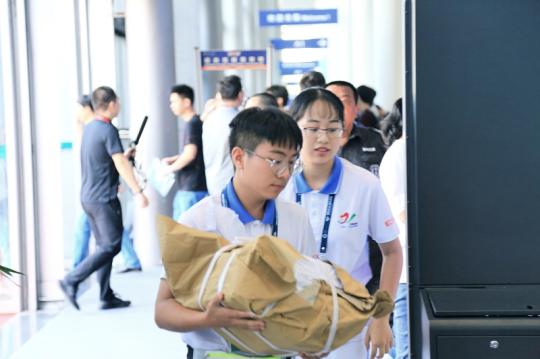 China's faster-than-expected 5G development is giving it an edge in the internet of things — technology that has the potential to run just about any kind of electronic device imaginable.

Liu Duo, president of the China Academy of Information and Communications Technology, a government research institute, said on Sunday that the advancement of 5G has greatly boosted applications for the internet of things and made the "internet of everything" a reality.

The term internet of things, or IoT, refers to the connection of any electronic device to the internet, such as smartphones, wearable devices, industrial machines and even kitchen appliances. It is commonly envisioned as a way to improve the efficiency and management of an increasingly complex world.

"In the 5G era, IoT will be dominant. In addition to augmented reality and virtual reality, opportunities are also emerging in sectors such as mobile internet and wireless industrial measurement equipment," Liu said at the World IoT Expo 2019 in Wuxi, Jiangsu province. The four-day expo kicked off on Saturday.

The integration of the superfast technology has driven the country's IoT industry to a value of 1.2 trillion yuan ($168 billion), and industry service income was up 72.9 percent from 2017, according to China Economic Information Service.

"China is already in the driver's seat with respect to the adoption of IoT technology, mainly driven by favorable government policies and fierce market competition inside the world's largest electronics manufacturing powerhouse," said Charlie Dai, principal analyst at Forrester, a business strategy and economic consultancy.

By 2022, China is expected to spend $300 billion annually in IoT and surpass the United States as the world's largest IoT market, according to another consultancy IDC.

Huawei Technologies, China's largest smartphone maker and a 5G leader, has worked closely with China Telecom to apply 5G and IoT technologies in areas such as the internet of vehicles and smart cities.

Before the start of the IoT Expo in Wuxi, the Ministry of Industry and Information Technology unveiled a guideline on driving manufacturing development.

"Companies can save money and improve their production efficiency by starting to build their industrial internet platforms at the dawn of 5G commercialization," said Li Ying, an inspector in the ministry's department of informatization and software services.