Shenhe district in Shenyang banks on cultural museum for growth 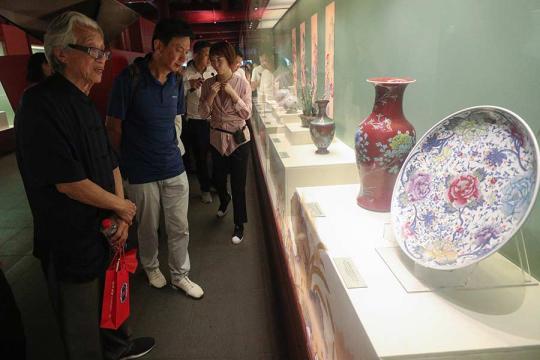 Shenhe district in Shenyang, capital of Liaoning province, is striving to develop the imperial theme cultural industry by building up the Shenyang Forbidden City and the surrounding commercial areas into a new economic engine.

"We have rich historical and cultural resources in Shenyang. They are also the base and confidence for developing a cultural industry," said Wang Zhongkun, Party secretary of Shenhe district.

The 58-square-kilometer Shenhe is located in the central urban area of Shenyang as the city's center of commerce, finance and culture. The Shenyang Imperial Palace Museum is one of two remaining imperial museums in China besides the one in Beijing. In 2004, the Museum was listed in the World Cultural Heritage List and became a popular tourist destination.

"Shenyang Imperial Palace Museum is the only royal palace complex in China that integrates nomadic culture with the Han architecture and shares a unique position in the history of world culture and architecture," said Chu Guoqing, a well-known Northeastern China cultural scholar.

In the past three years, more visitors have flocked to the Shenyang Imperial Palace Museum. In 2018,201.03 million visitors visited the museum, the Shenyang Municipal Culture and Tourism Bureau said.

"We have made up our minds to focus on the cultural industry besides finance and trade. It is urgent for that we find new momentum for the city with the rise of e-commerce," Wang explained.

Chu suggested it was a wise choice to develop the culture industry because it is sustainable and is of high value.

He was supported by Yang Zhongtian, the founder of Zhongjie Bingdian, an ice-cream producer in Shenhe district."Our ice cream has won the heart of tourists from home and abroad due to our centuries old history and high quality," said Yang.

Wang Zhongkun said that Shenhe district is making every effort to upgrade the Shenyang Imperial Palace Museum into a national 5A level scenic spot and build Zhongjie street into a high-quality commercial and shopping street.