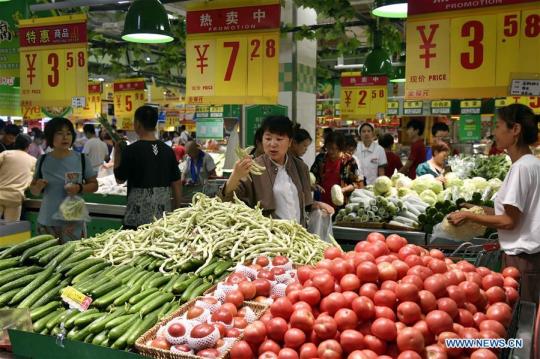 An index measuring China's consumer confidence remained at a high level in the second quarter of 2019, a research report showed.

The country's consumer trend index stood at 115 points in the second quarter, similar to that of the last quarter, according to the report prepared by global measurement and data analytics company Nielsen.

Index levels above and below the baseline of 100 indicate consumer optimism and pessimism, respectively. The index measures perceptions of local job prospects, personal finance and willingness to spend.

Justin Sargent, president of Nielsen China, saw a continuously optimized economic structure and an enhanced endogenous power of the economy as China's supply-side structural reform advances and the implementation of the policy to ensure stability is accelerated.

"It highlights the resilience and vitality of the Chinese economy and effectively facilitates the long-term stable development," he said.

The sub-index for the personal finance climbed to 71 points from 70 points, a historical high, and that for the willingness to spend stood at 61, the same as the previous quarter. The job prospects sub-index came in at 77 points.

"The government has implemented measures to further cut tax and lower fees, reduced the cost of corporate taxes and fees and enhanced the vitality of enterprises," Sargent noted.

"In the meantime, the tax reform has led to a simultaneous increase in household income, which drove social consumption growth," he said.