Realty check: Leverage is under control(2) 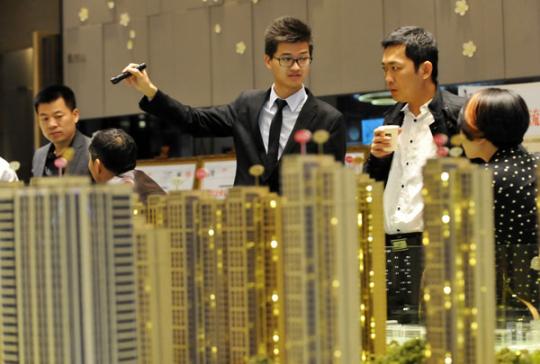 Since the beginning of this year, increasing indebtedness of the real estate industry has caused concern among top regulators.

Guo Shuqing, the People's Bank of China's Party secretary and head of the China Banking and Insurance Regulatory Commission, told a forum last month: "We must face the problem of the financialization of real estate in some places."

Excessive financing of the real estate industry not only strains credit resources that could be channeled into other industries but encourages speculative investment in properties, blowing the property bubble larger, Guo said.

His comments marked at least the fifth time this year that top regulators underlined financial risks of the real estate sector in the public domain.

"Financial risks of the real estate sector should be kept a close eye on as developers' defaults on loans, if they happen on a large scale, could dent commercial banks' financial stability," said Pan Xuefeng, an economics researcher with the University of International Business and Economics in Beijing.

Chinese real estate developers had relied on high leverage, mainly in terms of loans, to expand their businesses for years, with their debt-to-asset ratio stabilizing at about 80 percent in recent years, said Pan.

"Default risks would emerge on expectation of falling property prices, which would weigh on property sales and thus developers' solvency."

Default risks may intensify as the amount of due debts is expected to peak this year and the next.

Repayment pressure forced some developers, mainly small and medium-sized ones, to sell assets and even declare bankruptcy.

"It cannot be discounted that some small and medium-sized developers that typically face fewer channels and higher costs of financing, will default as financing conditions tighten to curb speculation," said Edwin Chen, a real estate analyst with UBS Securities. "But I don't consider it a systemic risk."

Chen highlighted healthier fundamentals of the real estate sector compared with several years ago. They, he said, will help shield the sector from financial risks.

"Property inventory has declined and sales have quickened. The market has a relatively satisfactory liquidity condition, which means that the developers facing repayment pressure could tide over difficulties by selling assets to others."